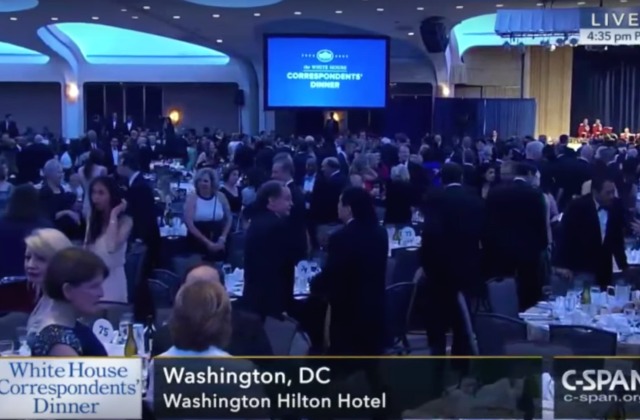 The news was first reported by Axios and confirmed by reports elsewhere. The media company is still attending the dinner itself, but will not be doing an afterparty:

A Bloomberg spokesperson told us: “We surveyed some of the past attendees and didn’t get as much interest in a party this year as we’ve had in the past, so we decided to focus on the dinner and the WHCA.”

President Trump‘s recent attacks on the press have stirred more public debate about whether news outlets should show up to the dinner. BuzzFeed reported yesterday that CNN has been discussing whether or not to attend.