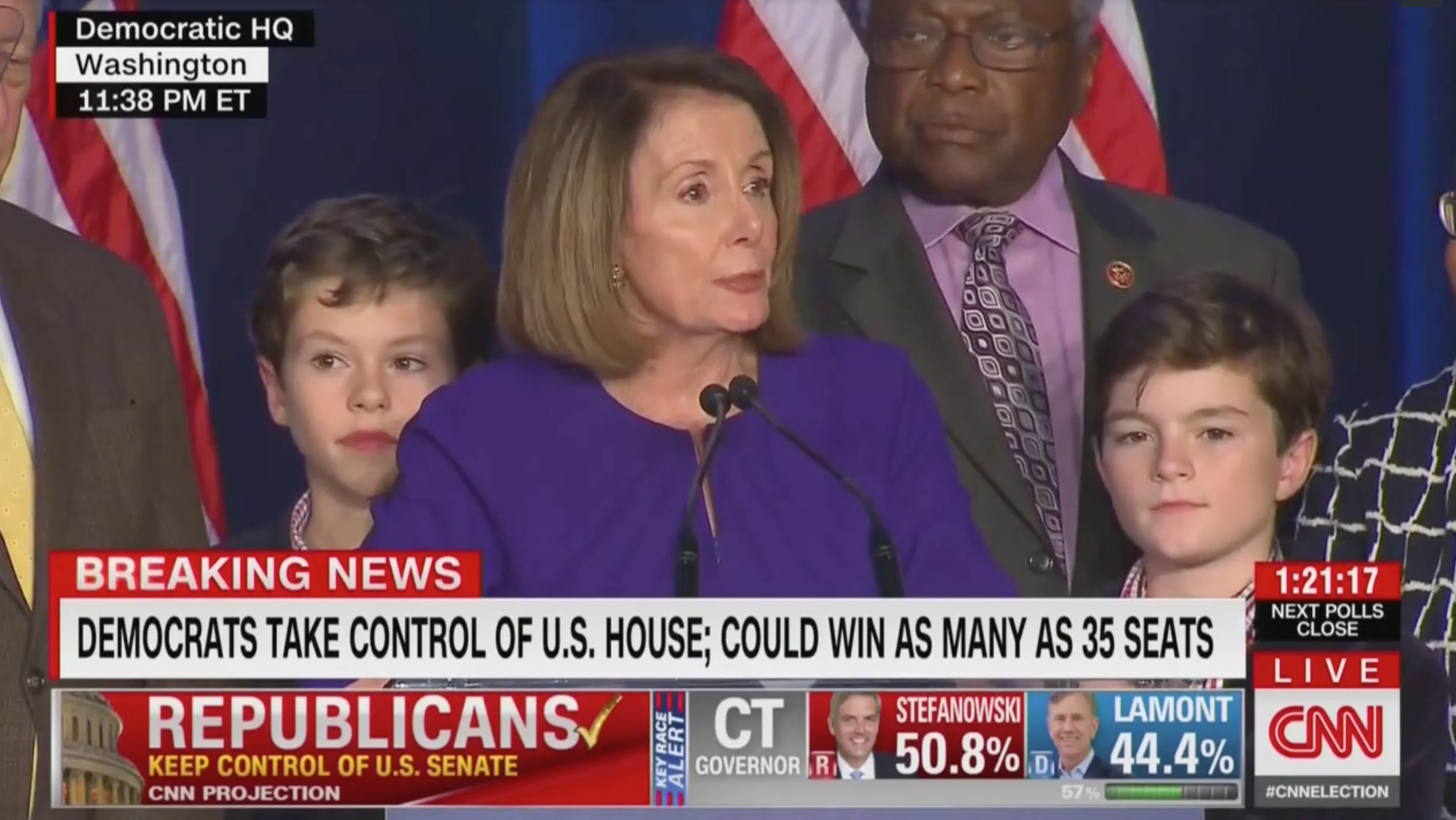 Since the midterm election results show that Democrats will take back control of the House of Representatives, a possibility exists that the House Minority Leader will soon be able to regain her position as Speaker. As such, Trump took time to acknowledge this outcome in one of his Wednesday morning tweets:

In all fairness, Nancy Pelosi deserves to be chosen Speaker of the House by the Democrats. If they give her a hard time, perhaps we will add some Republican votes. She has earned this great honor!

Now, it’s highly unlikely that Congressional Republicans would ever vote to support Pelosi, especially after all the recent campaign rallies Trump did where he helped conservatives stoke fear about her regaining power. As such, there were a lot of mixed reactions to Trump’s tweet.

Some people seemed to think Trump is being serious here:

So @realDonaldTrump is proving once again that he is the bigger person by extending an extending an olive branch to the Democrats. A great honor indeed. #MAGA2020 https://t.co/P1EFE4vir8

Translation: This blatant misogynist is desperate to bash a woman at his 2020 campaign rallies https://t.co/JgQsRaEHGX

Others thought Trump was being a sarcastic troll:

Haha I see what you are doing there. Smart play.

what is this troll job https://t.co/trBjlxOZtB

A new day in Washington? Or trolling? Hmmm. https://t.co/UF56N24Mjf

And some people just didn’t know what to think:

The president has produced some head-scratching tweets, but this ranks up there https://t.co/FYJGhJmHb4

I’m perplexed by this sudden support for @NancyPelosi. Genuine or nah? https://t.co/FXEk60dZqU