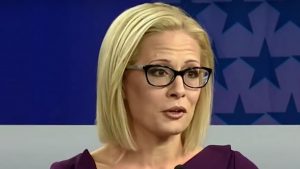 Six days after election day, a winner has finally been called in the Arizona Senate race: Democrat Kyrsten Sinema.

Congrats to @kyrstensinema. I wish her success. I’m grateful to all those who supported me in this journey. I’m inspired by Arizonans’ spirit and our state’s best days are ahead of us. pic.twitter.com/tw0uKgi3oO

The race was initially too close to call, but in the past few days Sinema’s lead in the vote count had been growing.