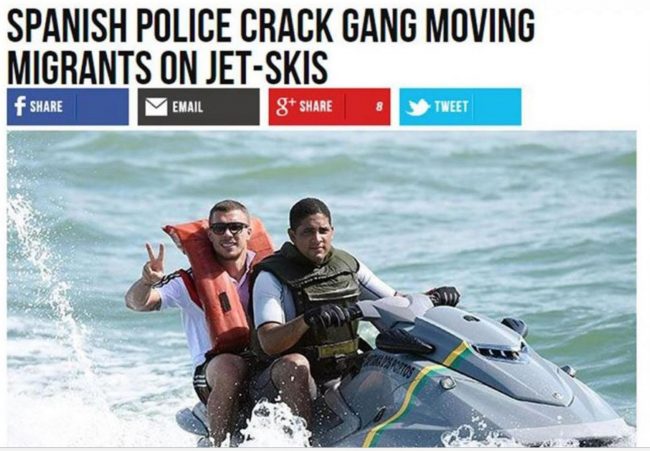 Breitbart London was forced to issue an apology to a German soccer star because they ran his picture with a story about migrant smuggling.

According to The Independent (via Awful Announcing), the site published a photo of the soccer star, Lucas Podolski, with an article titled, “Spanish Police Crack Gang Moving Migrants on Jet-Skis.” In the photo, Podolski is seen riding on a jet-ski.

According to The Independent, the photo was not taken off of the coast of Spain, but rather Brazil — Podolski was competing in the 2014 World Cup as part of the German national team.

Breitbart posted an editor’s note at the bottom of the article — first published Sunday — once the error was discovered.

“Breitbart London wishes to apologise (sic) to Mr. Podolski,” the note read. “There is no evidence Mr. Podolski is either a migrant gang member, nor being human trafficked.”

[screengrab via The Independent]