By Defending Ailes, Neil Cavuto Chose Being an Employee Over Being a Boss — And That’s Not OK
Opinion

By Defending Ailes, Neil Cavuto Chose Being an Employee Over Being a Boss — And That’s Not OK 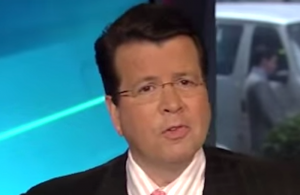 In college, I was in a sort of “future broadcasters” club with a bunch of other students who were looking to do television hosting, news anchoring, radio announcing, podcasting, etc. The majority of us were women, so we often talked about gender-specific issues. When Gretchen Carlson sued Roger Ailes for sexual harassment earlier this month, I wasn’t shocked; my classmates and I had learned from an Emmy-winning producer just how common behavior like Carlson described was in newsrooms across the country.

While at this point, we simply don’t know if the allegations are true, we also learned that if we ever experienced harassment of any sort, we should go to our boss immediately. In fact, in the nine places I’ve worked, I was told to do that every time. At Barnes & Noble, my managers asked a man who was saying lewd things to me to leave the premises. At the spa where I worked reception in college, the owner believed me the moment I told her we were getting creepy phone calls. She helped me create a list of the phone numbers making the calls. When one of them called the next time, she picked up and let them have it. That gave me the impression I was valued. My safety was prioritized above a sale.

Since the second wave of feminism in the 1960s and ’70s, women have been infiltrating and dominating the workforce through nearly every field, but it’s no secret that walking into a well-established boys’ club can be a dangerous gamble. That doesn’t mean it shouldn’t be done. One of the important roles of a manager in the workplace is to provide support to employees who need it. Women who believe they were harassed on the job are employees who need it. Bosses should be the first line of defense against an alleged hostile work environment.

That’s why what Neil Cavuto did this week is so unconscionable. He defended Ailes against Carlson’s allegations and as someone who has a show on Fox News Channel, he joined ranks with a host of other employees of the network. Unlike Harris Faulkner or Greta Van Susteren or Geraldo Rivera, though, he isn’t just a host. According to the Fox website, he is also senior vice president and managing editor of not only Fox News Channel, but Fox Business, too.

The fear of not being believed is one of the greatest deterrents for women who are considering coming forward with their stories of rape, harassment, or assault. I don’t need to tell you this. You’ve seen the headlines. Television commentators, pundits, defense lawyers, and Internet commenters take turns musing about why Bill Cosby‘s accusers didn’t come forward sooner and if we, as a society, don’t believe dozens of rape accusers, why would we believe individual harassment accusers?

Beyond that, they use dubious sources to aggressively and publicly attempt to discredit other journalists with sexual harassment claims.They allow similar stories of harassment at other networks to go under the radar and disappear. They question why a star like Kesha would stay quiet for so long if she were really being sexually abused by her producer. They celebrate when a rape allegation turns out to be false and go to absurd lengths to bust the story open in a way you know they wouldn’t if it were, say, a false claim of robbery. They fill my Twitter mentions and the mentions of other outspoken victims’ advocates with messages about how they don’t believe Carlson because she doesn’t strike them as hot enough to harass. The underlying message here is that women are not believed.

That’s a cultural problem. The way to fix cultural problems is to have leaders address them and show other people the way forward. Leaders can be anyone from a politician to a celebrity to — you guessed it — a boss. Bosses are given more responsibility in the workplace because it is their job to lead. They are trusted to do the right thing and to lead by example. Cavuto didn’t do that. Not because he is expected to necessarily support Carlson, but by speaking out in favor of Ailes even before NewsCorp concludes its own internal investigation, he played judge. He upheld the cultural problem. He let his female employees know what side he would be on if they ever came forward with a similar story.

In my broadcasting club, we didn’t go over what would happen in a situation like this. We weren’t told what to do if our bosses gave public statements condemning respected women and calling their stories of harassment “nonsense.” We weren’t told what sort of reverberations that might cause among our ranks. We were only told that if we were harassed, we should always tell our bosses right away.