By the Way, I Am Right About the News Media Being Afraid to Offend Blacks With the Truth
Opinion

By the Way, I Am Right About the News Media Being Afraid to Offend Blacks With the Truth 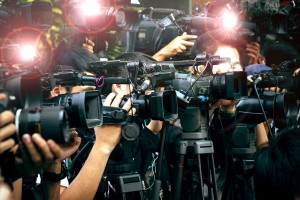 Recently, I’ve written four columns here that all had a similar premise: The news media is afraid to tell the truth when it comes to issues of race because nothing can get them in more trouble than being seen as racist, even if all they are really doing is stating facts.

Well, we now have at least two new pieces of strong data suggesting that I am dead right. In fact, the evidence is so overwhelming that it seems as if they must be a fake news stories written by the parody website “The Onion.” Sadly, they are very real.

The first comes from CNN’s coverage in the aftermath of the killing of at least three police officers in Baton Rouge, Louisiana by Gavin Long. Long was a black man with an extensive social media profile littered with numerous racist statements against whites and connections to racist black groups. However, one liberal black commentator wanted to make sure that no one rushed to any conclusions based on the fact that we now have two massacres of police officers perpetrated by young black men within just a week (after all, rushing to a guilty verdict is an act usually reserved by the news media mostly for white police officers and college football coaches).

Interestingly, CNN, probably by coincidence, effectively took this advice to the extreme. When Anderson Cooper seized the anchor desk at the top of the hour, any discussion, or even direct mention, of Long’s race was immediately eliminated (though I counted at least four references, with zero evidence, to Long’s mental illness). In fact, it was not until the ten-minute mark before the closest allusion to Long’s race during the entire hour came in the form of citing his apparent membership in a “black sovereign group.”

What made this absurd factual omission even more ridiculous was that CNN had two live reports from Baton Rouge and one of them, by “senior investigative reporter” Drew Griffin, was specifically devoted to what was known about the killer. Amazingly, Griffin not only never mentioned Long was black, CNN inexplicably never showed his photo and even blurred out his avatar when they showed a screenshot of his final tweet.

What made these obvious lapses even more interesting is the fact that Griffin is a white male (and therefore highly vulnerable on any story that is race related) and was being heckled by a very belligerent black male protestor during his live report. I have to believe that his fear of how that protestor might have reacted to him bringing up Long’s race had to have played at least some role in why it was never even mentioned (anxiety over being seen as “racist” by silencing a black protestor was also very likely why no one from CNN, including Griffin’s fellow CNN reporter Chris Cuomo who was standing right there, had the guts to eliminate the disturbance to begin with).

The bottom line here is that a black reporter would have been far more likely to at least make mention of the very relevant aspects of Long’s racial history (later in the night, black anchor Don Lemon at least had the courage to get his butt kicked by black Sheriff David Clarke on the issue). A white reporter decided to not take a risk and allowed an important aspect of the story to be needlessly, and almost laughably, lost.

The other example of this phenomenon came in the form of the print medium.

The Commercial Appeal newspaper in Memphis Tennessee has been forced by Black Lives Matter protestors to apologize, and possibly undergo sensitivity training, for a front page headline on the massacre of police officers in Dallas.

Let’s stop there for a moment. What headline could possibly have been so bad that it warranted such a reaction from a major newspaper? Did they identify the wrong killer with a Willie Horton-type photo? Did they blame Black Lives Matter directly? Did they somehow use the N-word?!

Nope. They did nothing like that at all. They simply stated a simple and very relevant truth given the national news which apparently provoked the Dallas attack on police:

That was it. That was what caused protesters to gather outside of the newspaper’s newsroom and be almost immediately placated with a meeting and a prominently published apology.

Even by the insane standards of our super politically correct news media, this was unprecedentedly pathetic. That headline is 100% accurate and relevant. The only “problem” with it is that it hurt (as the truth often does with human beings) the feelings of a small but vocal group of black people in a majority black city. The newspaper simply decided to abandon all of its journalistic principles simply out of fear of an irrational mob.

Amazingly, the newspaper’s editor didn’t even try to pretend that this wasn’t what happened.

In an editorial gutlessly titled, “We Got it Wrong,” Louis Graham (who “shockingly” is white) wrote:

“In my view the headline was so lacking in context as to be tone deaf, particularly in a city with a 65 percent African American population. That front page minimized the broader refrain of what’s happening in our country with anguish over the deaths of young black men at the hands of police. It has been viewed as suggesting that this newspaper values the lives of white police officers more than young black men who have died in incident after incident.”

The paper’s president, George Cogswell, pitifully groveled, “although not inaccurate, was very insensitive to the movement and we recognized that quickly.”

Congratulations guys! I’m sure your instant capitulation and total abdication of your authority to tell the truth no matter whom might be offended won’t set a horrible precedent or come back to haunt you in the future!

Even worse than the complete lack of defense for journalistic standards here is the rather overt racism against black people which seems to be obvious in the motivation behind this abject surrender.

Real racism (as opposed the media’s self-serving PC definition) is treating one race of people differently, or seeing them as inferior, because of their race. This absurd act obviously fits that definition as its premise is the notion that somehow black people are less able to read the truth without having their feelings hurt and maybe even getting violent because of it.

As proof of this, can you possibly imagine if a newspaper in a majority white community had used the headline “Gunman Targets Blacks” after last year’s horrific church massacre in Charleston? Is there ANY chance that there would have been even the slightest objection from white people? More importantly, ff somehow there had been, would ANY newspaper have even considered any sort of apology?

Obviously not. In fact, the whites in that obviously fictitious situation would have, rightfully, been called, at best, delusional, and very likely racist.

This whole saga really does showcase the larger reality of how and why the news media handles race-related stories in such an incredibly liberally-biased fashion (which may be one of the many reasons that a few black nutjobs feel enabled enough to attack innocent police officers). It is not just that as liberals they instinctively presume that any black objection is inherently valid, but it is also clearly out of flat out fear for their jobs, and maybe even their safety.

That’s not just incredibly bad journalism. That’s real racism.
—
John Ziegler is a nationally-syndicated radio talk show host and documentary filmmaker. You can follow him on Twitter at @ZigManFreud