Cable News Rivals, Others in Media Stand With Tucker Carlson After Attack on Home: ‘Should Be Universally Condemned’

Cable News Rivals, Others in Media Stand With Tucker Carlson After Attack on Home: ‘Should Be Universally Condemned’ 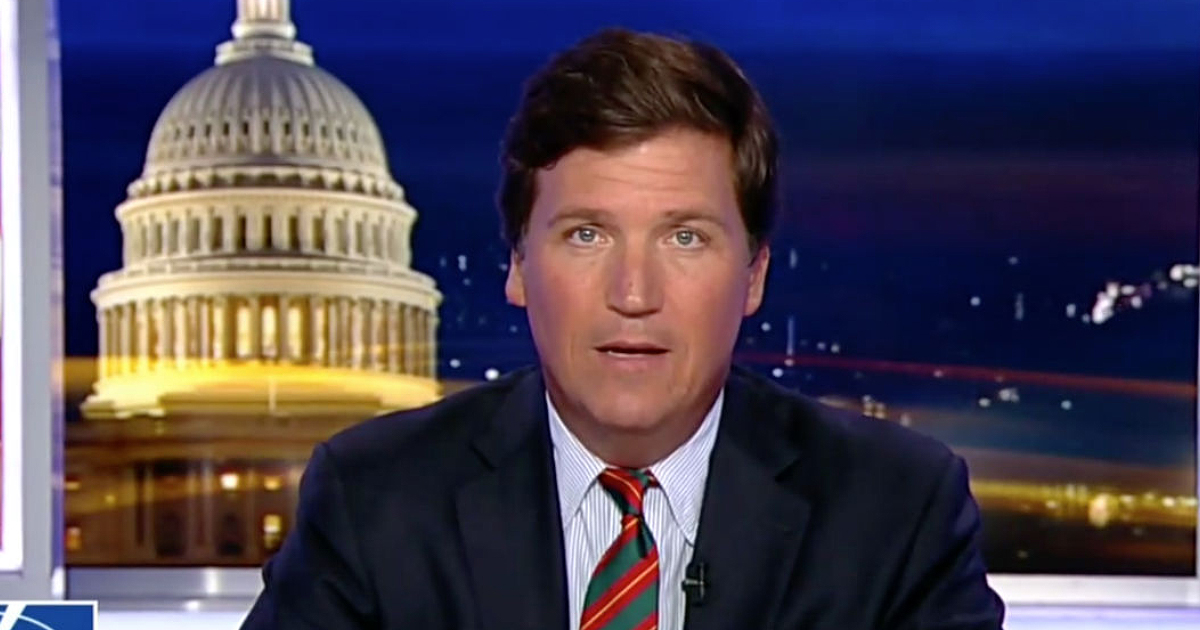 After a mob invaded Tucker Carslon‘s neighborhood and terrorized his wife by banging on his front door and shouting threats from the lawn, fellow journalists including some of his network rivals have spoken out in his defense and against the actions taken by the so-called “protest” group.

Inexcusable. Whether you love or hate Carlson, we should all be able to see that this behavior is wrong. https://t.co/vfXpKz7usi

Wrong?…if they did what is reported, it is criminal. https://t.co/iyx6iUzWyy

What happened at @TuckerCarlson's house last night is outrageous and should be universally condemned. This is not how Americans should express their differences. https://t.co/OJSaktwnrK

I, too, dislike what @tuckercarlson says on television, in books, etc. But this kind of doorstep intimidation is reprehensible. Please respect his family's domestic life. https://t.co/QB9nEvovdF

Okay, I'm no fan of @TuckerCarlson and I could produce numerous documents to prove it, but this is awful, disturbing, and completely out of bounds. Please stop. https://t.co/gwB3TyN4IH

The #mobs are back. This is so wrong Protesters Chant Outside Home of Fox News Host Tucker Carlson | National Review this is so wrong ⁦@TuckerCarlson⁩ we will discuss tmrw ⁦@MorningsMaria⁩ ⁦@FoxBusiness⁩ 6-9am et https://t.co/P8F4gxAD4c

Those offended over @JimAcosta treatment should be equally revolted by this mob showing up and making threats @TuckerCarlson home. https://t.co/d9t4vA8pO0

This trend of harassing media figures and others at their homes is really detestable https://t.co/jl9BUZL3M3

Don’t like someone on TV? Turn it off, change channel, let their advertisers know, tweet them ur opinion. But come on, don’t show up at their home & scare their kids. -> “They were threatening me and my family’: Tucker Carlson’s home targeted by protesters https://t.co/IiOIUz0G1F

ABC’s Terry Moran was particularly strong in both his condemnation and responding to those who objected to it.

There is nothing progressive or liberal or righteous or brave about this behavior. These are the tactics of fascists, and declare only the empty minds and cowardly hearts of those involved. https://t.co/rgTV8aRiio

Reap what you sow? You say words people don’t like, and a mob surrounds your home and threatens your family, damaging your front door? That is un-American.

(He has personally attacked me on his show, unleashing his trolls—your twins—against me. So I hold no brief for him.)

Not just media, figures though. People who put themselves in opposition to Carlson ideologically, too, have spoken out.

I absolutely loathe Tucker Carlson but I can stand up and say going to someone's home and tossing your body against the door to scare his family is unacceptable. Organize a show boycott, protest at Fox…but don't do this.

I also hate Tucker Carlson but showing up at his home actually *is* harassment and validates complaints about the left. There are much better uses of your time.