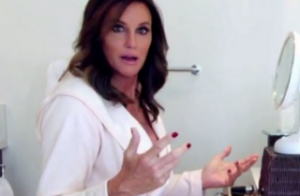 During an address at the University of Pennsylvania, Caitlyn Jenner made a surprising revelation. Although it is common knowledge that she identifies as a conservative — which has hardly inured her to many prominent Republicans — it was striking to hear her say that her conservatism gets her more grief than her recent transition from male to female.

I have gotten more flak for being a conservative Republican than I have for being trans.
— Caitlyn Jenner, February 17, 2016

An article detailing the revelation can be found over at The Daily Caller, where the author mistakenly refers to Jenner with masculine pronouns throughout the piece, which adds a layer of downright unbelievability to the claim that the Olympian’s gender identity is less contentious than her political one.

Jenner’s politics have been divisive for some time, of course. She “outed” herself to Diane Sawyer as a Republican during the same interview in which she also admitted to being a woman after months of tabloid speculation. As mentioned, she has been rebuffed by major conservative pundits, but she was also denied entry to a Democratic debate by CBS. People who are active in the trans* community have also pushed back on her right-leaning politics. Her description of herself as “a traditionalist” who doesn’t support gay marriage made major headlines last September. Like any voter, she is complex and has a lifetime of diverse personal experience on which to base political views, but that doesn’t stop people on both sides of the big issues from being taken aback by her seemingly discordant actions and beliefs.

By advocating for the rights of other, less visible members of her community, she alienated a number of conservatives. By aligning herself with Republicans, still, she has alienated many liberals. If anything, it would appear that the “flak” received is of a unique variety borne of the intersection of her two conflicting identities.