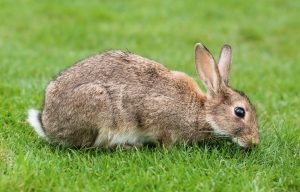 Despite a House GOP attempt to gut it earlier this, the Office of Congressional Ethics (OCE) will get to live another day. As it were, the OCE was about to release a report on Representative Duncan Hunter (R-CA), and how he used campaign funds for less-than-appropriate reasons.

According to Riverside Press-Enterprise, the upcoming report indicates that Hunter reached into his campaign coffers in order to pay $600 in airfare for his family’s pet rabbit. This comes as a follow-up to an ongoing House Office of Congressional Ethics review on Hunter’s expenses, for which he has already had to reimburse his campaign for over $60,000.

“This was nothing more than an oversight. In fact, it’s such an obvious example of a mistake being made but (the office) wants to view it through a lens of possible intent,” said Hunter’s spokesman Joe Kasper. He went on to say that the report’s findings were an example of overreach, and were “significantly misrepresented or even exaggerated.”

Federal campaign finance laws state that using campaign funds for personal reasons is illegal because it puts candidates under the influence of their contributors. The ethics committee previously found that Hunter spent thousands of dollars on expenses described as inappropriate or improperly documented. These include oral surgery, video games, and various items bought during a trip to Italy.

“Many of Representative Hunter’s repayments had to do with mistakes under specific circumstances,” Kasper said. “And in other cases there were bona fide campaign activities connected to expenditures that (the office) was not aware of and didn’t account for.”