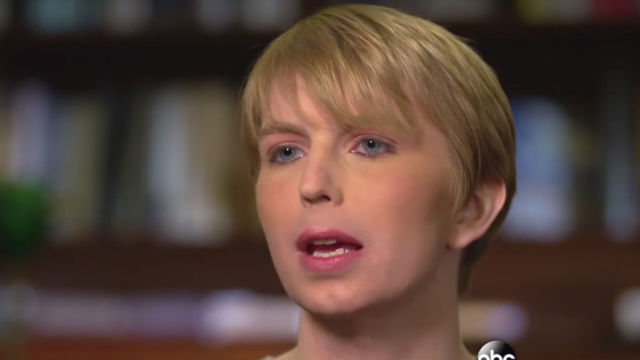 Manning, of course, was infamously convicted for passing along a massive trove of documents to Wikileaks. Last year President Obama commuted most of her sentence.

But now, per the Washington Post, she’s getting into politics:

Manning’s statement of candidacy was filed with the Federal Elections Commission on Thursday. She is running as a Democrat and refers to Maryland as her “home state” on her web site.

Manning has apparently filed to get into the race, against incumbent Democrat Ben Cardin, who has served in the Senate since 2006.