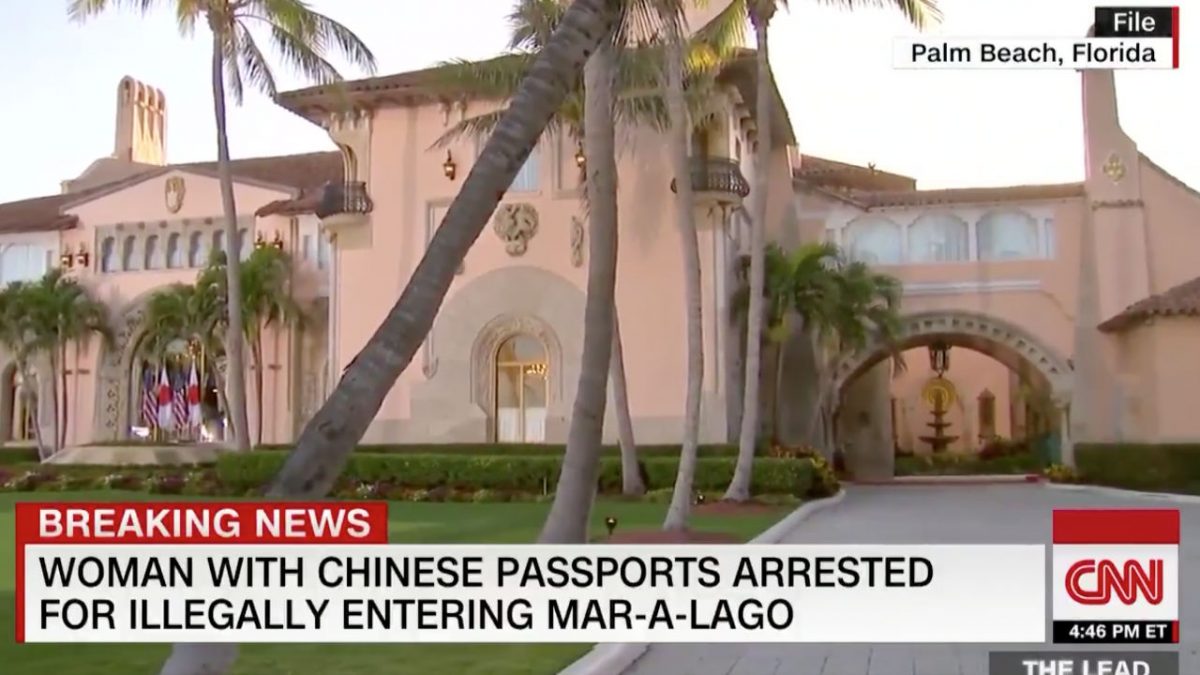 A Chinese woman has been arrested and charged for illegally entering Mar-a-Lago.

Yujing Zhang, per the AP’s report, got into President Donald Trump‘s club by lying to Secret Service agents and saying “she was a member who wanted to use the pool.”

But her story soon changed:

[She told] a front desk receptionist she was there to attend the United Nations Chinese American Association event scheduled for that evening. No such event was scheduled and agents were summoned.

Agent Samuel Ivanovich wrote in court documents that Zhang told him that she was there for the Chinese American event and had come early to familiarize herself with the club and take photos, again contradicting what she had said at the checkpoint. She showed him an invitation in Chinese that he could not read.

A woman carrying two Chinese passports has been charged after she allegedly entered Mar-a-Lago illegally over the weekend. She was, according to law enforcement, carrying a thumb drive that contained malicious software. @SchneiderCNN has more. https://t.co/ujaZmg3yqA pic.twitter.com/4Qb06Azy0a

Zhang reportedly had multiple passports and a thumb drive with malware on it.

She is being charged with false statements to a federal officer and entering a restricted building.

You can watch CNN’s report above.