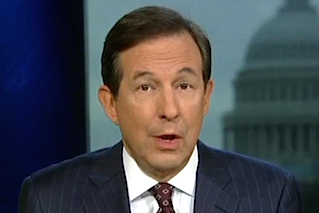 One person who was not surprised that former Florida Governor Charlie Crist insisted on having a small fan at his feet during his debate with current Governor Rick Scott during this week’s gubernatorial debate? Fox News Sunday host Chris Wallace, who told Fox’s Brian Kilmeade Friday that Crist also required a fan during a recent appearance on his show.

“We’ve had Charlie Crist on Fox News Sunday and he demanded a fan,” Wallace said on Fox News Radio. “The man clearly sweats a lot and he needs to have a fan to keep him cool.” He speculated that Crist may require the fan merely for “psychological” comfort.

At the same time, Wallace said his takeaway from Scott’s refusal to appear on stage, initially, because of the fan is, “What a dope.”

“Should he have had the fan? Probably not,” Wallace continued. But now that “fangate” is dominating both the local Florida media and national news, he said it clearly hurt Scott in what is a very close race for governor. “These are not the things that we should be voting on, but the fact is that sometimes people give insights into who they are and what they are by things like that,” he said.

Kilmeade, on the other hand, defended Scott, saying “rules are rules.”

And watch video of the bizarre debate moment below, via WFOR: