Christie Don’t Need No GOP: NJ Gov Can Win In 2016 As Independent

Christie Don’t Need No GOP: NJ Gov Can Win In 2016 As Independent 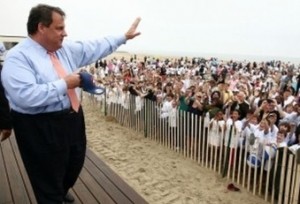 Like most who call New Jersey home, I’m a fan of our Governor.

It’s hard to believe Chris Christie—who is prominent on cable news once again this weekend thanks to his relentless PR campaign for the Jersey Shore to kick off its first summer since Sandy—wasn’t even supposed to win against then-Governor Jon Corzine just a few years ago. Remember, the Garden State is decidedly blue. President Obama carried it by 17 points in November (and yes, Dick Morris did mention once that New Jersey “may be in play” for Mitt Romney), and no Republican has won here since George Bush (41) carried it 25 years ago (and yes, 1988 was already 25 years ago…I’m going to go run in traffic on the Turnpike now).

But Christie did win, and given the fiscal mess Corzine left behind, a budget hawk was just what Jersey needed to regain not only its credit, but it’s pride as a state that is mostly seen as a punch line by the rest of the country.

The Governor’s candor is mostly described as bullying by the scant 29 percent who still don’t approve of the job he’s doing. But for the 71 percent who do approve, they realize an unfiltered, brutally honest person is the kind of leader who truly reflects what this state is: Tough, resilient, proud.

But when you hear conservatives talk about Christie on the national level, there’s that patently-ridiculous complaint that he embraced Mr. Obama a bit too much in the days after Sandy devastated the state (along with New York and especially Staten Island). Some say Christie even lost the election for Mitt Romney, which is a tough sell considering the President’s final margin of victory (106 electoral votes).

So despite the 52-year-old former state Attorney General cutting spending while creating jobs during a down economy—once seen as an impossible task—pundits from both sides of the aisle wonder if Christie can survive a Republican primary without support from those entrenched firmly on the right, including its media (See: Rush Limbaugh, Sean Hannity, Mark Levin).

The CPAC snub earlier this year confirmed hard conservatives’ love affair with Christie is over. Maybe it was the Bromance with Barack. Maybe it was his convention keynote speech that basically ignored the guest of honor, Mitt Romney (Christie failed to mention the party nominee until the 16-minute mark). Maybe it’s his moderate stances on gun control and immigration.

And one that hints running as an independent against Hillary Clinton in 2016.

While money and the power of the Democratic party or Republican party used to be essential in having any shot at the Presidency, that may not be the case in 2016. Social media allows a candidate and his/her campaign to speak directly to the public. Obsessive 24/7 cable news coverage helps get the word out (in terms of message) on a minute-by-minute basis. As we already see with Christie, he’ll have no problem getting airtime.

And it won’t just be the same old polarized media story that we saw in 2012: President Obama wouldn’t go near Fox; Mitt Romney (and any top Republican) would have had to be held at gunpoint to appear on MSNBC. But Christie is different: He’s practically a sixth co-host of Morning Joe, having appeared on the show early and often since becoming Governor in 2010. To cover all the ideological basis, the Governor can also be found on CNN and Fox as well. Producers and hosts love him.

As execs say in the business, “He rates.”

Translation: When Christie is on, people invariably stop to hear what he has to say.

So if the Republican party refuses to accept him as its next nominee, it’s not like Christie will have to perform the etch-a-sketch high-wire act Mr. Romney did when earning the right to challenge President Obama last year.

The country holds both Democrats and Republicans in contempt, with the GOP leading in that dubious category.

Why marry yourself to a suspect brand when you don’t need its resources or platform?

Besides, being a major third-party (or no-party) candidate will be a huge story with marathon legs unto itself.

If Christie does run—and a recent lap-band surgery to help him already lose 50 pounds in an effort to pacify any health concerns sure makes it seem that way—he should do so as an independent.

Besides having a sky-high approval rating, a record of bipartisanship and a relatively sparkling fiscal record to tout, he’ll also have one other distinct advantage.

The ability to attract attention…

Party or no party.