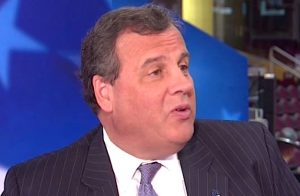 A few days ago, MSNBC’s Ari Melber wondered whether Donald Trump is just using loyalists when it’s convenient and then discarding them. The people on that list included Newt Gingrich, Rudy Giuliani, and Chris Christie.

It doesn’t appear Gingrich is getting an administration position as of now, there’s some question about whether Giuliani actually did pull his name from consideration for Secretary of State, and now there’s a report that Christie won’t be in the Trump administration either.

NJ Advance Media is reporting today that Christie turned down a few different positions in the Trump administration:

The sources said those jobs included Cabinet-level posts like Homeland Security secretary and Veterans Affairs secretary, as well as other posts, like a White House advisory role and U.S. ambassador to Italy.

The conventional wisdom going back a few months was that if Trump won, Christie would be offered the role of attorney general. But the report says Christie was not (Trump picked Jeff Sessions for the role).

A few weeks ago, Christie publicly said that he wants to serve out his term as New Jersey governor and wouldn’t jump to join the Trump administration right away.

Christie had reportedly also been lobbying for RNC chair, and a report on that a few days ago not only said he and Trump both agreed he wouldn’t take the job, but that “Trump’s team is continuing to talk to the New Jersey governor… about various other positions in the incoming administration.”