Clippers Release Statement on Sterling: We Don’t Know if Audio’s Legitimate or ‘Altered’

Clippers Release Statement on Sterling: We Don’t Know if Audio’s Legitimate or ‘Altered’ 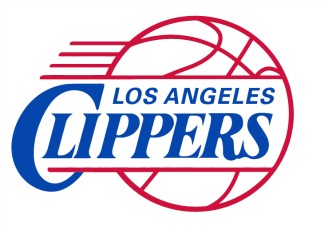 The Los Angeles Clippers have released a statement on a leaked phone call allegedly between Clippers owner Donald Sterling and his girlfriend, including a strong denial by Sterling himself that the recording is “not consistent with, nor does it reflect his views, beliefs or feelings.”

The statement was put out by Andy Roeser, president of the Clippers, and it calls into question the authenticity of the audio, suggesting it may have been “altered.” The statement also questions the motivations of Sterling’s girlfriend, who allegedly claimed she would make sure she would “get even” with him after the Sterling family filed a lawsuit against her accusing her of embezzling over a million dollars.

We have heard the tape on TMZ. We do not know if it is legitimate or it has been altered. We do know that the woman on the tape––who we believe released it to TMZ––is the defendant in a lawsuit brought by the Sterling family alleging that she embezzled more than $1.8 million, who told Mr. Sterling that she would “get even.” Mr. Sterling is emphatic that what is reflected on that recording is not consistent with, nor does it reflect his views, beliefs or feelings. It is the antithesis of who he is, what he believes and how he has lived his life. He feels terrible that such sentiments are being attributed to him and apologizes to anyone who might have been hurt by them. He is also upset and apologizes for sentiments attributed to him about Earvin Johnson. He has long considered Magic a friend and has only the utmost respect and admiration for him––both in terms of who he is and what he has achieved. We are investigating this matter.