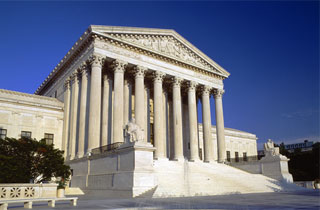 A CNN/ORC poll found 63% of respondents approved of the Supreme Court’s 6-3 decision to ratify the Affordable Care Act’s federal subsidies against a tortured reading of the law, the biggest existential threat to the president’s signature domestic legislation since the constitutional challenge over the individual mandate two years ago.

Meanwhile, 59% approved of the Supreme Court’s decision to establish marriage equality as a constitutional right, a landmark ruling in the progression of gay rights that led to apocalyptic denunciations from the right. Some clerks in southern states have refused to issue licenses to same-sex couples, citing legal ambiguities and religious objections; the popularity of the decision could pressure dissenting justices to give up the ghost.

Both decisions enjoyed wide support from independent voters while remaining unpopular with Republicans, setting up a difficult maneuver for GOP candidates seeking to earn their party’s nomination without alienating the general electorate.

Nonetheless, the Court paid a price for the decisions by appearing increasingly partisan, despite following the rulings with some more conservative decisions on coal regulations and capital punishment.

“The 37% of Americans who say they see the Court as too liberal is the highest share to say so in CNN polling dating back to 1993,” CNN reported. 20% viewed the nine justices as too liberal, with 40% finding the porridge just right.