On Thursday night, both Democrats and Republicans came together for a fun night of baseball and raised over $1 million in charity in the wake of the GOP shooting that happened on Wednesday.

The event was filled with numerous touching moments, including when all the players came together for a prayer right before the game started.

However, CNN tweeted as if only Democrats came to pray (below is a screen grab from the now-deleted tweet). 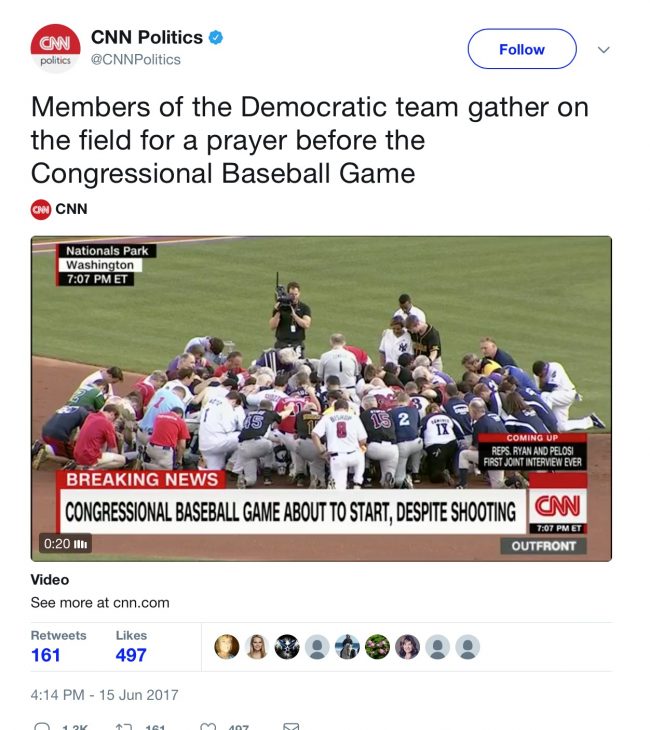 These are Republicans and Democrats but that would muddle the CNN narrative of Only Dems are Good https://t.co/netzNJUeoZ

Those are both parties praying on the field. Unreal that CNN will go THAT far to distort the truth.

BOTH sides, not just Democrats. Subtle propoganda like this is why the country is so divided and you’re doing it on purpose. #CNNisISIS

It wasn’t until over 12 hours later that CNN deleted the tweet and posted this correction this morning:

Members of both teams gather on the field for a prayer before the Congressional Baseball Game (corrects who prayed) https://t.co/OQGigBrpVQ