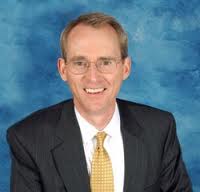 s a follow up to my column on David Klinghoffer’s LA Times piece (in which he asks, quite rightly, “What has become of conservatism?”), it’s worth highlighting a recent Mother Jones interview with Rep. Bob Inglis (R-S.C.). Inglis has served nearly 12 years in Congress, and yet, despite a 93% lifetime rating from the American Conservative Union (no joke), he lost his most recent primary because, as he explains it, he wasn’t conservative enough to appeal to an increasingly extreme Republican base. As Mother Jones paints him, Inglis is a victim of ideology gone awry and a perfect example of the extreme “conservatism” that Klinghoffer condemns.

You might recall Inglis as one of a small gang of Republicans who hounded after President Clinton and called for his impeachment. Inglis makes no secret of his desire back then to “destroy” Clinton, but says that in the intervening years he learned a valuable lesson:

It is just wrong to want to destroy another human being and to spend so much time and effort trying to destroy Bill Clinton—some of it with really suspect information. We went on and on about Whitewater. We had talked about the strange things about Vince Foster’s death. The drug dealing at Mena airport. So in the six years I was out [of Congress], I looked back and realized, “Oh what a waste.”

When Inglis returned to Congress in 2005, he was “more focused on policy solutions than ideological battles,” and encouraged bipartisan efforts when President Barack Obama assumed office four years later. More importantly, Inglis stubbornly refuses to subscribe to the dividing, Tea Party-inspired rhetoric that his colleagues in the Republican Party have adopted.

For me to go around saying that Barack Obama is a socialist is a violation of the Ninth Commandment [which contributed to Inglis’ own change of heart]. He is a liberal fellow. I’m conservative. We disagree…But I don’t need to call him a socialist, and I hurt the country by doing so. The country has to come together to find a solution to these challenges or else we go over the cliff.

On the campaign trail this spring, Inglis said he encountered such radical opinions and conspiracy theories that, oftentimes, he had no response. But by refusing to entertain those notions, he ran into trouble courting donors and constituents. Meanwhile, in Congress, he watched as his party increasingly sought the blessing of conservative media personalities like Glenn Beck and Rush Limbaugh. He notes the fear and panic these figures cultivate, claims “Republican members of Congress are afraid of being run over by that stampeding crowd,” and likens his Party’s pandering to the Tea Party to a dog chasing after a car.

To be fair, we should note that Mother Jones is a liberal publication and, consequently, is likely drawn to such stories of fallen-from-grace-reasonable-sounding Republicans. Still, recent events like the Shirley Sharrod incident have made it increasingly clear that the recent figureheads of the conservative movement are more extreme and uncompromising than is good for America, and the more conservatives willing to attest to that, the better.