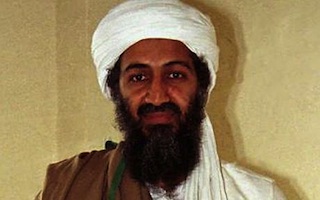 On Reddit, the website that arrogantly (but not necessarily incorrectly) calls itself “the voice of the Internet,” discussions are split into various boards or “subreddits” that cater to a specific topic. This morning, in the subreddit based around US politics, a poster wrote in to say that another section of the site was the only one “getting the Obama death right.” The section in question? The Conspiracy subreddit. The reason they were right? The majority of them think the government is lying to us about Osama bin Laden’s death. Forget the birth certificate. An entire generation just got its grassy knoll.

The headlines are simple. Most of them hinge on the terrorist’s body and the government’s burial of it in accordance with Islamic practices. “Osama was already buried at sea…wow,” one reads. “Disposal of the evidence: Osama Bin Laden Body Headed for Burial at Sea, Officials Say,” says another. One questions how positive this will be for the Obama administration, writing “Obama snubs trump, AND kills Bin laden? look who is getting re-elected now. This was all planned.” Some of them joke. Others take it deathly seriously. One headline reads “Today I am truly thankful that this subreddit exists.”

Of course, you could argue that the Millennial JFK already exists in 9/11 itself. Over the years, the Truther movement (ie. those that believe the government lied about the events of 9/11) has grown vast and varied, with even a fair amount of celebrities copping to suspicions. Thus, it would be easy to think of the current rumblings on Internet message boards as nothing but an extension of that. Besides, the theory that the government killed Bin Laden years ago and was only keeping the news for the perfect moment is nothing new.

However, I have a feeling this might turn into something different. I know and have spoken to quite a few Truthers in my life and there’s one thing I can say with certainty; no one is kind of a 9/11 Truther. They’re never casually bringing it up and saying, “Hey, I saw this interesting YouTube video the other day about 9/11. I could send it to you if you want.” No, they’re staring at you with hard concentration and rattling off facts about building structure and blue prints as if your quiet response of “Huh, that is weird” and attempt to look away was actually a challenge to “PROVE THIS TO ME RIGHT NOW.” That’s because, whether it’s right or wrong, holding a belief that the government lied about the deaths of thousands requires a kind of fanatical devotion. You can’t just dabble in that line of thought. You have to research it. You have to fight for it.

Believing that the government lied about the death of one man? That’s easy. That’s the kind of fair weather conspiracy theorizing that the mainstream population can get in on. It may be all celebrations and American flags now, but wait till that next family reunion. You’ll be surprised how many of your cousins think things were just “a little too convenient.” Within decades, “Body Trutherism” (catchy name pending) won’t even be a fringe belief.

While I could go into the whole “questioning your government is what makes America great” line of argument, there’s a much simpler reason. These conspiracies merely prove just how historic last night was. There are only a few moments like this, good or bad, that come around in a person’s lifetime. And, while they’re rare enough that the country going through them may look vastly different each time, they will still always have some things in common.

Last night, I stood on a rooftop in Brooklyn, drinking champagne and straining my ears to see if I could hear the crowd at Ground Zero. At one point, before the cool air forced us back inside, I turned to my girlfriend and said, “You know what this means? You’re stuck remembering me forever.” And it’s true. Moments like last night will be remembered forever. And, because of this, they’ll also be debated forever.