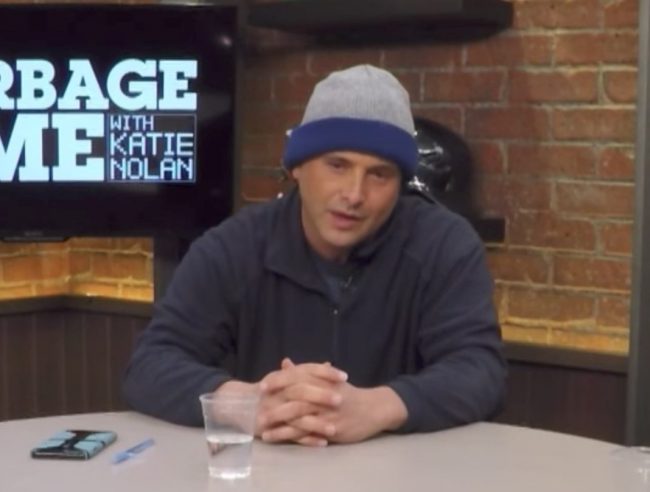 As a former radio talk show host who worked for many years in several major markets, I have spoken often about what a fraud most of the industry is and how it is getting worse now that the medium’s business model is badly broken. I have even pinpointed how this phenomenon has both facilitated and been further exposed by Donald Trump’s hostile takeover of the Republican Party (which, as I have been predicting all along, is now ending with him, just as Arnold Schwarzenegger did here in California,  turning into a Democrat).

Yesterday, New York-based national sports talk host Craig Carton was arrested on federal charges of running a Ponzi scheme to pay off massive gambling debts. At first glance this may not say much about the talk radio industry or our politics, but if you understand the larger picture, it actually does.

First, I obviously don’t know for sure that Carton is actually guilty, though it appears that the case is very strong and it seems unlikely that the Feds would bring such charges unless this was real.  I must admit, however, that, based on my personal experience with Carton, I was even less surprised by this development than I am by Trump becoming a Democrat.

Ever since we briefly worked together, I have always believed Carton to be a horribly dishonest person and that his rise within the talk radio business, in both sports and general talk, was a damning indictment of the entire industry.

Back in 2000, we were both working at WIP, the legendary sports radio station in my hometown of Philadelphia. At the time, neither of us had a permanent shift and we would be placed wherever needed, with Craig, who was clearly one of those guys who was willing to say anything just to get a rise out of the audience, ahead of me on the depth chart.

One night, during a slow news period, Craig was doing an overnight shift and called me at like 1 or 2 am to tell me that his wife was about to give birth and that he needed someone to come in to replace him. Even though I was exhausted and unprepared to do a show, realizing what I thought was the gravity of the situation, I rushed into the studio and did the remainder of his program.

I remember thinking that Craig didn’t seem nearly as frazzled as I would have been under similar circumstances, but it never occurred to me that I was simply being used as an easy mark. You see, Carton’s wife never gave that night and it later became clear that she was never going to. Craig simply wanted out of doing a crappy overnight shift and knew he could take advantage of his situation.

While this certainly told me a lot about Carton as a person, the reaction of the station was extremely telling with regard to the culture of talk radio. Our boss, Tom Bigby, an extremely powerful person within all aspects of talk radio at the time, literally and empathically blamed ME for the situation because, get this, I should have known not to trust Craig Carton!

Think about that. One of the most influential people in talk radio thought so little of the trust-worthiness of a talent that he would end up help make a star that he thought it was absurd for someone to believe him, even when he is claiming his wife is about to give birth!

And this is an industry whose biggest names just played a huge role in electing an unqualified liberal conman as president of the United States!

This lie was hardly out of character for Carton. He ended up leaving WIP largely because he lied about a famous Flyer hockey player, which caused a legal settlement. Having studied the media coverage of the “Penn State Scandal” more closely than anyone on the planet, I can tell you that his commentary on that story was probably the most inaccurate of any major media figure.

In case you think that Carton’s story says nothing about the culture of “political” talk radio, you are mistaken. Carton actually became deeply involved in political talk while at 101.5 FM in New Jersey that he was instrumental in the rise of Chris Christie there, and greatly helped his campaigns for governor once he moved to WFAN in New York.

Amazingly, Carton and Christie became so close that, according to this story, Christie recently offered Carton free use of the Governor’s mansion to host a personal party for the Mayweather/McGregor fight. Assuming this actually happened, just days before Carton’s arrest, how in the world (especially given the nature of the charges against Carton and that he was certainly using access to power to prop up his scam) is this not a big news story?!

My primary point here is that the talk radio industry, a medium which often pretends to fight for good/justice, is largely populated by very bad and trashy people. They are simply not to be trusted on important matters. The Craig Carton example may be extreme, but it is hardly unique, or even unusual.