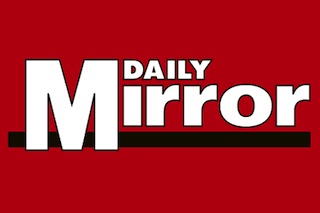 Here’s a pretty fascinating controversy. A series of stories in the British tabloid The Daily Mirror about a couple of alleged sexual assaults in Germany is taking a fair amount of heat. The reason being that they have been charged with sexism. However, unlike most “sexism” stories, the paper’s victims are men.

The stories in question report on a sordid situation in Munich. A woman has been arrested after allegedly bringing two men back to her apartment (not at the same time), having sex with them, refusing to let them leave, and forcing them to continue having sex with her against their will. One man had to escape to a balcony where he flagged down police. Another was, in the words of the Mirror, “found sobbing in the street” after his ordeal.

The whole story is pretty terrible. However, what’s caught people’s eye is the fact that the British paper is reporting the whole in a fairly comedic tone which many have pointed out would be unheard of in a story with the genders swapped.

Interest in the most recent article was prompted when a critique of it (and people’s reactions to it) became a top story on Reddit. The Reddit post, headlined “Sexism works both ways you know?,” currently has nearly 3,000 comments. The commenters spilled over onto the Mirror website where they slammed reporter Natalie Evans (whose name is currently only on the original article) for her coverage of the story.

It’s hard to argue that any of these things would be done in an article about a man refusing to let women leave his apartment until they had more sex with him.

Is it sexism? There’s still a societal disconnect with the way male rape victims are treated, particularly if the rapist is a man. The crime is still seen, at best, as being funny and, at worst, as being impossible. You can see this reaction whenever female teachers molest their male students and the young boys are viewed as being “lucky” instead of being victims. And, apparently, the same goes for the coverage of adult male victims as well.

If you want any better example of that, check out the comments on the article about the first man. Unlike the one for the second victim, it doesn’t look like the Reddit critics have gotten to this one. So these are the only comments:

So, what do you think? Were the Mirror articles inappropriate? And, if so, do you think it was sexism?