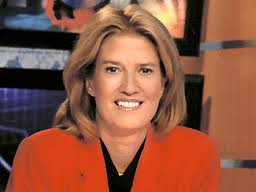 Editor’s note – Greta Van Susteren recently published a post critical of a Mediaite ratings story that pointed out that her recent (and historic) live broadcast from North Korea did not garner great ratings in the key 25-54 demographic that night. Following is an open letter and response from Mediaite founder Dan Abrams to Van Susteren about that critique. Update – Van Susteren graciously responds to Abram’s post

I wanted to reach out after reading your recent blog post entitled “This is so un-Dan Abrams I think .” While I rarely respond to the various insults, quips and critiques directed at me based on Mediaite, I have always liked and respected you, so I wanted to go “On The Record” (and with even Sarah Palin re-tweeting your post I figured that I had to say something!)

If I understand it correctly, your complaint appears to be that Mediaite, in its daily cable news ratings round up, covered the ratings for your program the night you were reporting from North Korea, compared them to CNN’s ratings (which were close to yours) and that led you to “figure the website hates Fox since, although equally trivial when millions are dying, mediaite.com chose not to highlight that 1.6 TOTAL watched our broadcast – that this number of people do have curiosity about North Korea.”

First and foremost, as someone who has regularly lauded Mediaite (which has always been greatly appreciated), I know you don’t really believe that Mediaite “hates Fox.” More to the point, it sounds like you are suggesting that because you were in North Korea reporting on an important story that Mediaite should not have published its regular comparative assessment of the ratings for that night? I guess I give you and your audience more credit than to think it newsworthy that your regular viewers did not flee in droves because you covered a story of international significance in a dangerous land.

You are absolutely right that there is an under reported crisis there and few journalists and networks have the gumption or willingness to focus attention, and maybe more important, resources to it. I’ll bet that is why Mediaite published a post the day before entitled Greta Van Susteren Takes On The Record To North Korea For Rare American Live Broadcast. I believe you and your team deserve recognition and accolades for taking not just one, but three trips to North Korea to cover the disintegrating quality of life and menacing threat that (and it) poses to the world.

But I must confess, I was struck by the hypocrisy of your post. When you and Fox News crow about your own ratings do you put an asterisk when the ratings skyrocket for something trivial like the national obsession with Natalie Holloway? Of course not. What if during that same period, CNN is covering stories of far greater national significance? I would only expect your competitors to highlight that in an effort to explain away their lower ratings. A daily ratings post is just that, a summary of the Nielsen numbers for that day. If, however, you are saying that you would have appreciated more coverage on Mediaite about the fact that you did some important reporting in one of the most dangerous and significant countries on earth, I think that is a fair request and one that might have been addressed with a simple call or email to Mediaite Managing Editor Colby Hall or TV Editor Mark Joyella.

As I am sure you know, (anyone who reads the masthead would), I don’t edit the site, so while I appreciate having my name splashed in your headline, you ought to know better. Yes I created and own the site, and will ultimately take responsibility for what is published or not published, but I am guessing that if someone who writes for Mediaite blamed Roger Ailes or Rupert Murdoch for a specific story on your show, you and your executive producer would be thoroughly insulted. My seven web properties aren’t remotely comparable to Fox News or Newscorp but the point remains the same, you are disingenuously using me to try to make your point that much more sensational. My hardworking editors have a right to get steamed when supporters, or critics, minimize their roles by crediting or blaming me for specific posts or editorial decisions they made.

You conclude by stating “I know Dan cares more about the possibility of millions starving than the game.” Thank you Greta for the benefit of the doubt, we have known each other too long not to afford that to one another. But you can’t have it both ways. You and Fox News can’t on the one hand, play “the game” and tout your own ratings when it is often the result of tabloid trials (which we both cover regularly) but then moan when a website that covers the media, including cable news ratings, does not offer you a “ratings exception” the night you are doing significant work.

To use your words about me, I will assume that your post “was just a momentary lapse in” judgment and I do look forward to moving past this in the days to come.

Mediaite’s Dan Abrams fires back at me (below is a partial…go to www.mediaite.com to read entire.) I figure he should have his say here in response to my earlier posting and hence this posting. I suspect my sleeplessness over the week and my 13 hour flight back contributes to why I thought the headline off base (my only objection) on his site’s story. It is not a big deal – I like Dan, I like the website. It is just difficult when spending time covering a horrible story (a famine) that you KNOW could be prevented to read about a collateral issue. You return and you just wish that something could be done about the pending starvation and it is easy to just “jump the gun” on others. So…I guess this is an apology to Dan and his website. And the truth? I am just mad that governments (many of them in so many ways) fail their people so often and I made mediaite my target of my anger when it is the governments.