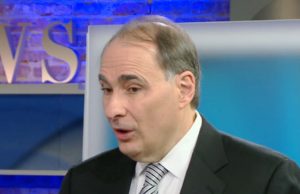 With news hitting over the past 24 hours that President-elect Donald Trump had made some key Cabinet-level decisions, former Obama strategist and adviser David Axelrod took to Twitter today to give some analysis on how those picks would be seen.

.@realDonaldTrump is dancing w/crowd that brought him. @SenSessions as AG will send chills to advocates of civil and immigrant rights.1/3

Axelrod then moved on to General Michael Flynn, who is Trump’s choice for National Security Adviser, and the criticism of him being too cozy with Turkey and Russia.

.@realDonaldTrump appointment of Gen. Flynn at NSC may cheer Putin and Erdogan but adds a volcanic mix to the national security stew.2/3

He also commented on the the appointment of Rep. Mike Pompeo to head up the CIA and how those civil libertarians may not be too thrilled.

.@realDonaldTrump appt. of Rep. Pompeo will alarm both civil libertarians and intelligence pros, putting a right-wing pol at helm of CIA.3/3

Wrapping it up, Axelrod stated that while Trump is showing loyalty to those who stuck by him throughout the campaign, much of the country may be horrified by these choices.

.@realDonaldTrump is sticking with those who brought him to the dance but to many Americans, it will seem a Monster's Ball.

While Axelrod is critical of the choices of Trump, he’s also shot back at those claiming the Trump transition team isn’t going smoothly and is in disarray. He mentioned yesterday that after Barack Obama was elected in 2008, they hadn’t made any major staff announcements at this point in the transition.