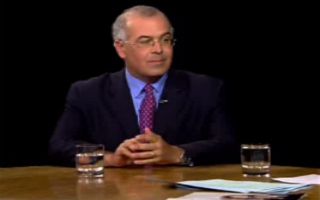 On Tuesday, New York Times columnist David Brooks ironically sparked an Internet controversy about the anti-authority values of the Internet age. The piece, “The Follower Problem”, suggests that America has strayed from an easier time when its citizens revered establishments and trusted elites in media, government and business to nobly guide the nation. Brooks, who writes often about cultural dysfunction, strikes a familiar tone when he says that Americans need a dose of authority to knock the hyperindividualist “vanity” out of ’em.

The piece generated both outrage and confusion. In an odd way, the reaction illustrates his point — that the modern era promotes rapid and widespread dissent to “established” opinion. There are few, if any, more “established” media institutions than the New York Times. Brooks, and his peers at the Times like Thomas Friedman and Paul Krugman, are among the nation’s most recognized journalists.They are the recipients of Pulitzer and Nobel Prizes and countless other cultural distinctions. The reaction to Brooks’ piece has turned it into an example of his argument.

But Brooks makes a misstep in the third to last paragraph when he says that “[v]ast majorities of Americans don’t trust their institutions. That’s not mostly because our institutions perform much worse than they did in 1925 and 1955, when they were widely trusted. It’s mostly because more people are cynical and like to pretend that they are better than everything else around them.”

If the media used to be less harsh in the criticism of its leaders and citizens were more trusting, couldn’t we say that the veil simply has been ripped off of fallible institutions that have been always been run by fallible human beings?

Brooks might argue the loss of the ‘benefit of the doubt’ for elites is what has fueled more independence of mind and the loss of authority for institutions large and small (but mostly large). Without some cover granted to their positions, elites are unable to get anything done without bowing to an uninformed peanut gallery. But arguments against the piece rightly point out that through vigorous questioning of the status quo, we have actually made our institutions less objectionable at the expense of efficiency. Radley Balko makes the most apt rebuttal to Brooks’ nostalgia.

“You know, 1925-1955. The good ole’ days. Back when we still had important institutions like segregation. And lynching. When our elites gave us alcohol prohibition. And when we banned marijuana because the pillars of American society warned us that the drug was helping black jazz musicians take sexual liberties white women. It was a time when we still sterilized society’s undesirables, when we imprisoned Americans of Asian descent simply because of their heritage. Those were also the days when the U.S. government conducted covert medical experiments and biological warfare testing on its own citizens. Yes, it’s good we were less willing to question our government back then.”

To be fair, more exposure to the sausage-making of leadership has discouraged many from pursuing a career in public service. We could all do well to back off in situations where deference to experts is really necessary. But the source of distrust in institutions isn’t coming primarily from below. As many have pointed out today, it comes from elites that are selling a more and more absurd brand of leadership that needs even more questioning than it already gets. Bailed out banks mismanaging billions of dollars, politicians using Twitter to carry on e-affairs and media titans making their networks more ideologically make that clear.

Rather than give a “sober and enduring” response to back seat driving that Brooks says they should, our leaders fuel the fire they can’t stand by resorting to partisanship, personal attacks and distractions that embolden all elements of the anti-authority crowd. The so-called ‘leadership’ of our institutions seems more and more worthy of a critical check everyday. So carry on, doubters of authority. It’s not as if the bosses give us too much to admire these days anyway.