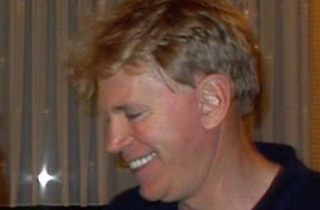 Today on his radio show, former KKK Grand Wizard David Duke took some time to defend Donald Trump, who is in the middle of quite the kerfuffle over his now-defunct “Trump University.” Not only is he being sued for fraud, but he’s been saying racist things about the judge overseeing the case.

Duke doesn’t think any of this is fair. He thinks it’s all the work of Jews in the media. He is the type of person who probably puts parentheses around (((names))) of Jewish people, in other words.

If you must actually hear him say it, it’s here:

He listed Chris Wallace, Jake Tapper, and Wolf Blitzer as those who’ve led the attack on Trump. Duke said he “exposed [Blitzer] as a Jewish agent,” making it clear what angle he was taking before he even pointed out that CNN is run by Jeff Zucker, “another Jewish extremist.” Then, he called Megyn Kelly a “shabbat goy shikza” who is joining in because “they don’t want all the Jews out front.” He was really pulling out all the anti-Semitic stops in his attempt to prove that Trump is no racist.

You can listen above to hear him refer to the “Jewish tribal nature,” likening them to “a pack of wild dogs” as he steadfastly defends Trump. The words speak for themselves.