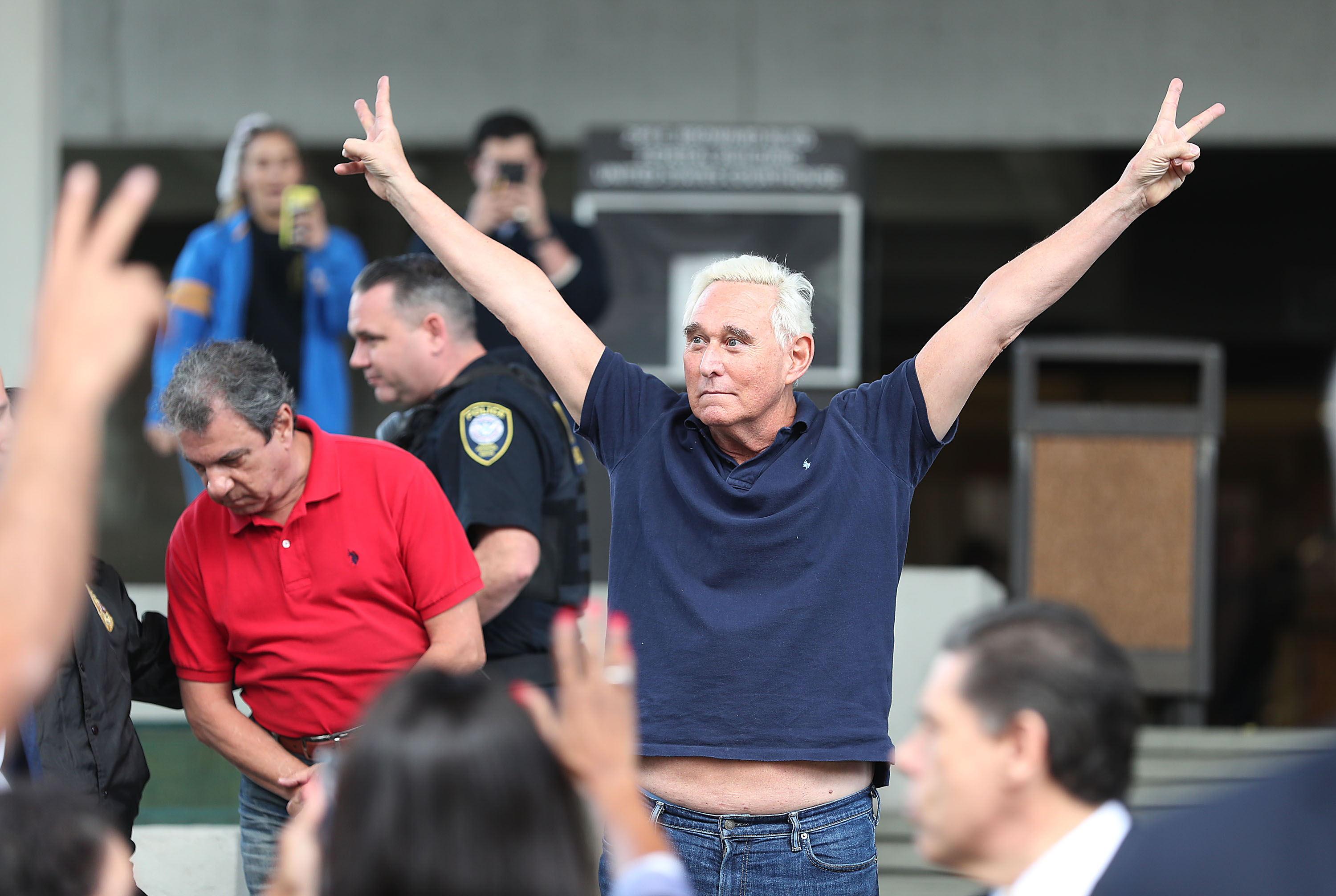 Over boisterous chants of “Lock him up!” from nearby onlookers, Stone lamented FBI tactics surrounding his arrest in South Florida early Friday morning.

“This morning, at the crack of dawn, 29 FBI agents arrived at my home with 17 vehicles with their lights flashing,” he said. “When they could simply have contacted my attorney, and I would have been more than willing to surrender voluntarily.”

Stone went on to maintain that he’s been “falsely accused” of the charges.

“I will plead not guilty to these charges,” Stone said. “I will defeat them in court. I believe this is a politically-motivated investigation. I am troubled by the political motivations of the prosecutors, and as I have said previously, there is no circumstance whatsoever under which I will bear false witness against the nor will I make up lies to ease the pressure on myself. I look forward to being fully and completely vindicated.”