Déjà Vu: Cruz Camp Person Roughed Up a Reporter (And Then They Apologized to Her!) 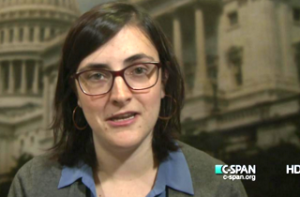 Donald Trump‘s campaign events have come under fire for excessive violence in the past few weeks, but other campaigns’ rallies have managed to keep a much lower profile. Ted Cruz, for instance, has had very little drama at his speeches. Until now!

.@tedcruz campaign security officer just grabbed my purse to keep me from interviewing him and all but pushed me into a wall.

Sound familiar? It’s a lot like what former Breitbart reporter Michelle Fields alleges happened to her at a Trump event. That turned into one of the biggest stories this campaign season and resulted in six people quitting at Breitbart, including Fields, who lost two jobs in a week. Corey Lewandowski, the campaign manager who allegedly assaulted Fields, has faced no repercussions and has had his boss’ complete support throughout this entire debacle. He’s already embroiled in another excessive force scandal and his past abusive history has been made public in recent days.

But wait, what’s this?

Campaign staff apologetic about incident – it was one individual -but that security guard needs to be retrained.

Personal apology from Cruz and got my interview. Appreciated the gesture very much.

Actually, the whole situation was handled reasonably. Dumain is still annoyed, understandably, but was given apologies and an interview. She has expressed the hope that incidents like this won’t happen anymore.

.@tedcruz security officer brought out to explain he was trying to do his job, didn’t know who I was. Appreciate the gesture. Still miffed.

So maybe calling it déjà vu was an overstatement. In fact, Dumain, more than anyone, wants to point out the distinction between her story and that of Fields.

This incident was not at all like what has been reported out of Trump rallies. I want to make that clear. I was not hurt. 1/2

2/2 I appreciate Cruz campaign’s proactive effort to clear up misunderstanding. I still don’t think I should have been treated like that.

Ultimately, this could have gone worse and the Cruz campaign’s handling of the situation should be a lesson to leaders in any field.