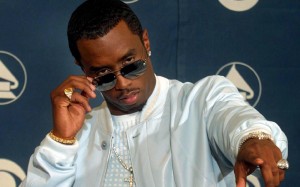 The Department of Health and Human Services launched two new websites last night: HealthCare.gov, a portal to learn more about the new health care laws, and a corresponding Twitter account. At first glance, they both seem like pretty average administration sites, but to especially hawk-eyed folks like Sarah Kliff at Politico, something about the Twitter was slightly amiss – the brand new site had year-old tweets from P. Diddy and an Indian politician marked as favorites. Wait, what?

Though the favorites list was cleared this morning after Politico reached out to HHS for a comment, Kliff reports that 14 confusing “favorite tweets” showed up along with the @healthcaregov handle when it debuted. Five of those tweets came from Diddy, who at the time of the tweeting (in the wee hours of the morning on Nov. 1, 2009) appeared to be celebrating Halloween while simultaneously hawking Ciroc, the vodka brand he loans his image to: “Get your Halloween right with Ciroc! The smoothest vodka in the game! Let’s go people!Ciroc the official vodka of Halloween! :) boo!”

The Department of Health and Human Services have a good explaination:

“An HHS spokesperson subsequently said that the favorites were a glitch. When the agency was launching HealthCare.Gov, it wanted a Twitter handle to match. The @healthcaregov account was already taken but inactive, so HHS got permission from the Twitter user to take over the account. It cleared out most of the content but missed the favorites list, the spokesperson said.”

Who is this mysterious human who used @healthcaregov before the HHS took over the handle? Finding the common factor among all the favorite tweets could lead us to a HHS official who, like Diddy, probably tossed back a few too many cups of vodka on Halloween and got trigger happy on Twitter.