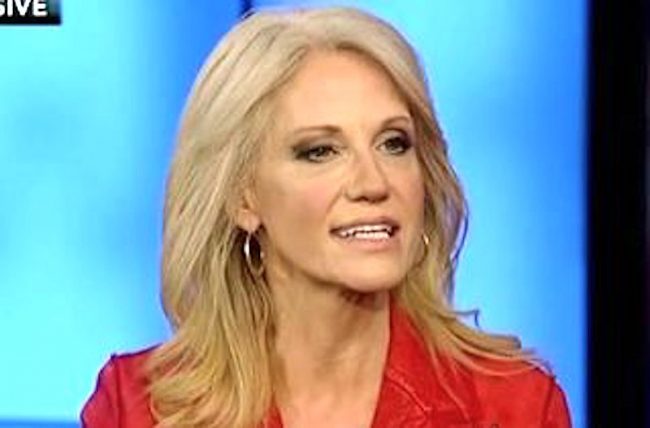 As you may recall, while making an appearance on Fox & Friends yesterday morning, White House counselor Kellyanne Conway created a bit of an ethical firestorm when she used her airtime — from the White House briefing room — to shill for Ivanka Trump’s fashion line. This was a follow-up to President Donald Trump slamming Nordstrom for dropping the brand.

Later in the day, White House Press Secretary Sean Spicer was asked in the daily White House briefing about the incident, which likely crossed ethical and legal lines. Spicer provided a short response: “Kellyanne has been counseled.”

Hours later, Conway was interviewed on Fox News, where she claimed that the president supports her “100%.” She also said she wasn’t going to comment on being counseled, but did praise Trump as a wonderful boss.

Well, this evening, Conway took to Twitter to offer some commentary on the whole thing, and sorta, might have thrown some shade at her colleague in the process.

I learned important lessons this week. This one was my favorite.

It definitely seems like she’s at the very least refuting Spicer’s statement that she was “counseled.”

It was reported earlier today that Conway personally apologized to Trump for the incident. In the report, it was also noted that Conway apparently hated the language Spicer used at the press briefing.