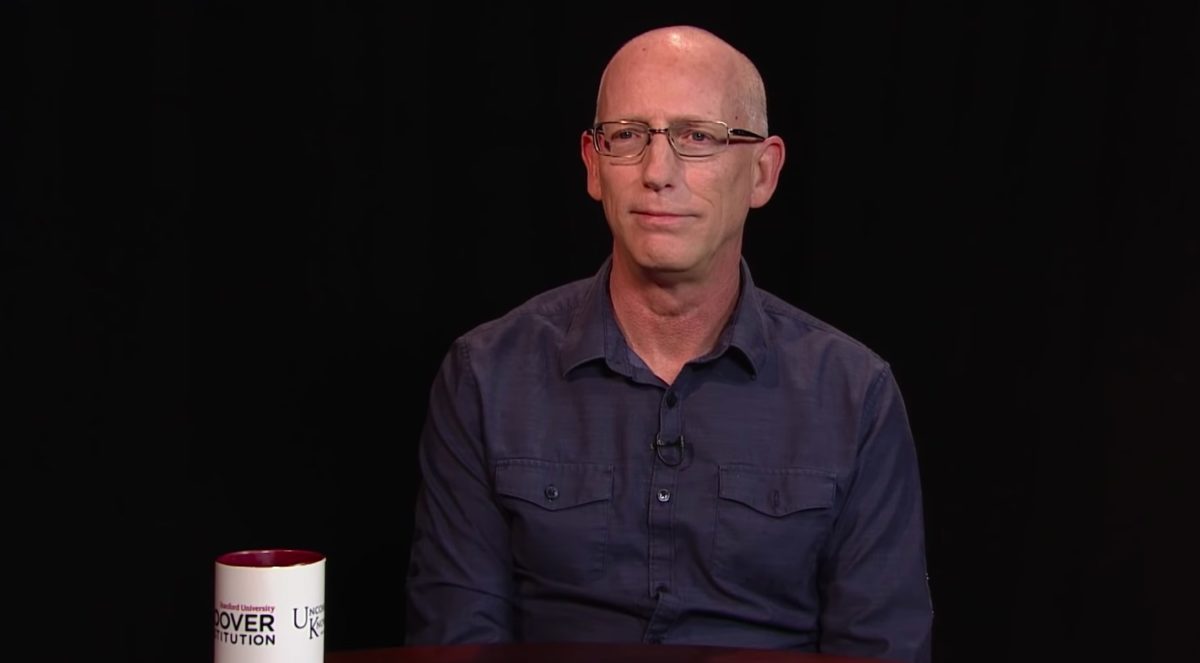 Scott Adams, a pro-Trump commentator and the cartoonist who created the Dilbert comic strip, threatened to send his lawyers after a journalist for mockingly comparing him to Nation of Islam leader Louis Farrakhan — but with an “incel” twist.

Business Insider editor and Gawker alum John Cook made the remark while commenting on CNN host Jake Tapper’s guest drawing in the September 23 edition of Dilbert.

“it is extremely wild to see the louis farrakhan policer teaming up with scott adams, who is basically the louis farrakhan of incel white nationalists, but hey it’s for the troops,” wrote Cook, referencing Tapper’s promise to donate money from the original comic strip drawings to a charity for U.S. veterans.

Adams responded by apparently threatening legal action in a now-deleted tweet: “No wonder your piece of shit Gawker publication got its balls cut off. My lawyers will be contacting you.” 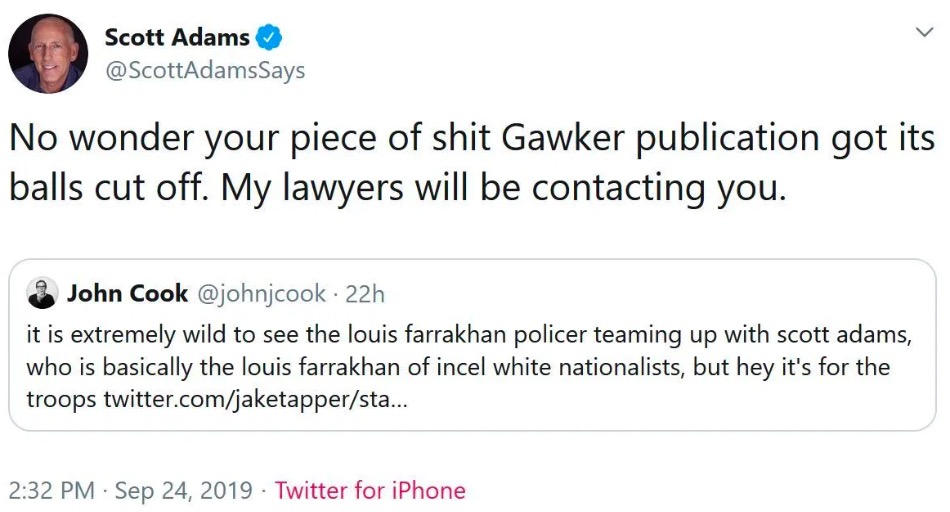 Adams did not address why he deleted the post. He did not respond to Mediaite’s request for comment.

The last time the Dilbert creator was in the news, Adams used the Gilroy Garlic Festival mass shooting to promote his app by asking victims of the massacre to download and post updates on it, while police were saying at the time that the situation was still dangerous.

Much like his disappeared lawsuit threat, Adams has deleted controversial posts in the past, including one 2011 blog in which he compared women to children and suggested they are mentally handicapped:

“The reality is that women are treated differently by society for exactly the same reason that children and the mentally handicapped are treated differently. It’s just easier this way for everyone. You don’t argue with a four-year old about why he shouldn’t eat candy for dinner. You don’t punch a mentally handicapped guy even if he punches you first.”