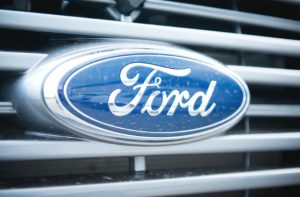 President-elect Donald Trump has boasted about how his promise to bring jobs and manufacturing back to America is happening even before he takes office in another two months. There’s one snag though: the factory he’s referring to was never going anywhere, and neither were any jobs.

On Thursday night, Trump took to Twitter to talk about a conversation he had with the Ford Motor Company’s chairman about a manufacturing plant in Kentucky:

Just got a call from my friend Bill Ford, Chairman of Ford, who advised me that he will be keeping the Lincoln plant in Kentucky – no Mexico

I worked hard with Bill Ford to keep the Lincoln plant in Kentucky. I owed it to the great State of Kentucky for their confidence in me!

Ford had plans to move its production of the Lincoln MKC model to Mexico, though the company says they weren’t going to shut down their plant in Louisville. Earlier this week, Ford told The Detroit Free Press that the company was going to re-shuffle some of its manufacturing operations, but it wouldn’t cost their workers any jobs once the factory focused exclusively on their Ford Escape production.

After Ford’s discussion with Trump, the company released a statement that they would keep their manufacturing operations as they are right now:

“Today, we confirmed with the President-elect that our small Lincoln utility vehicle made at the Louisville Assembly Plant will stay in Kentucky. We are encouraged that President-elect Trump and the new Congress will pursue policies that will improve U.S. competitiveness and make it possible to keep production of this vehicle here in the United States.”

Throughout his campaign, Trump has railed against companies moving jobs abroad, and has threatened them with tariffs if they sell their products in the United States.