So. Matt Drudge was first to report this afternoon on Roger Ailes officially leaving Fox News. The Daily Beast independently confirmed it. But now both have walked back their reports.

Drudge splashed this at the top of the page earlier: 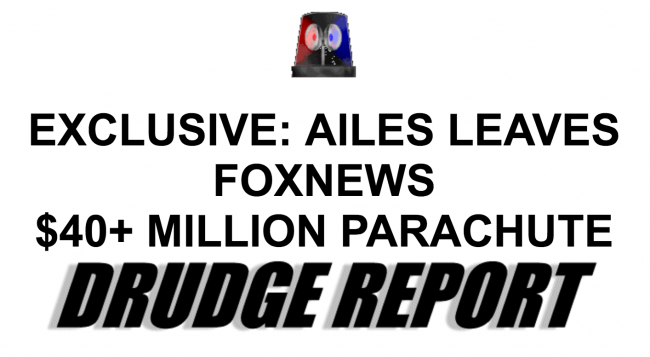 It’s now this. Note the statement at the top and the seriously-walked back siren:

And Drudge’s tweet appearing to show Ailes’ exit package has been taken down.

UPDATE –– 5:17 pm EDT: A member of Ailes’ legal team has put out this statement on today’s big news:

Roger Ailes has never sexually harassed Megyn Kelly. In fact, he has spent much of the last decade promoting and helping her to achieve the stardom she earned, for which she has repeatedly and publicly thanked him