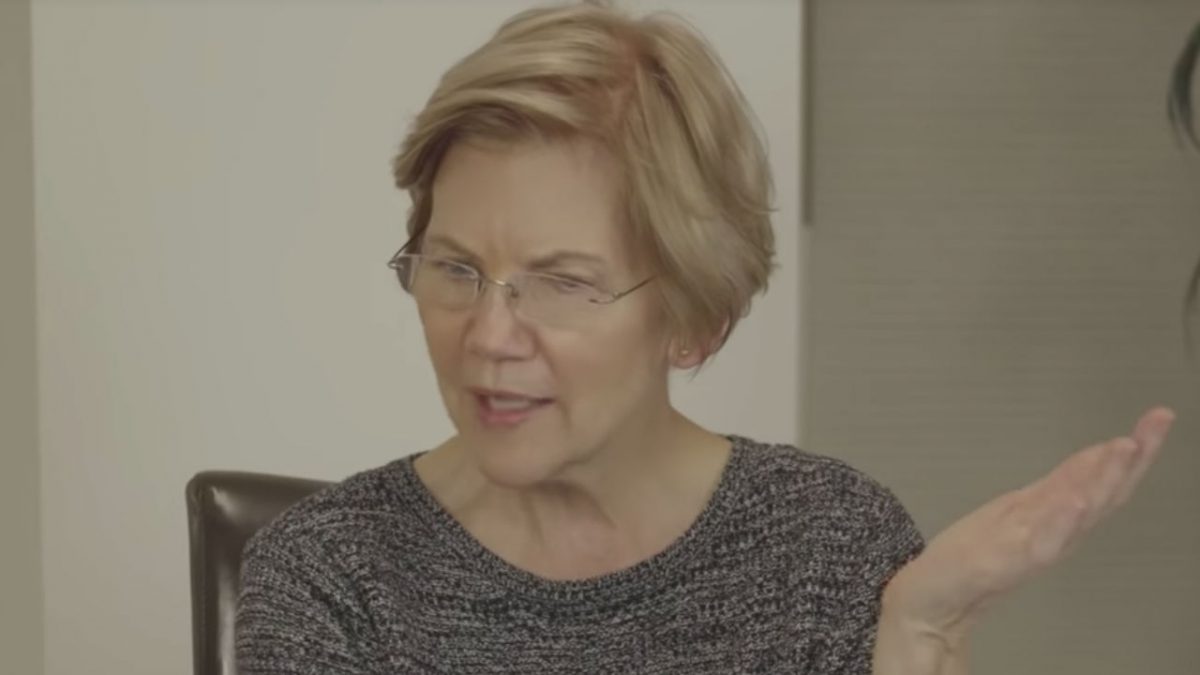 At an event in Iowa today, Senator Elizabeth Warren got a question about the DNA test she took.

“Why did you undergo the DNA testing and give Donald Trump more fodder to be a bully?” one person asked Warren.

“I’m glad you asked that question,” Warren said. “I am not a person of color, I am not a citizen of a tribe. Tribal citizenship is very different from ancestry. Tribes and only tribes determine tribal citizenship, and I respect that difference.”

“I’m just gonna put it all out there.”

Senator Elizabeth Warren explains why she took a DNA test to determine her heritage #tictocnews pic.twitter.com/dqQTpRHeXw

“My decision was I’m just going to put it all out there,” she continued.

Warren said at one point she “can’t stop Donald Trump from what he’s going to do” or from “hurling racial insults.”

You can watch above, via Bloomberg.