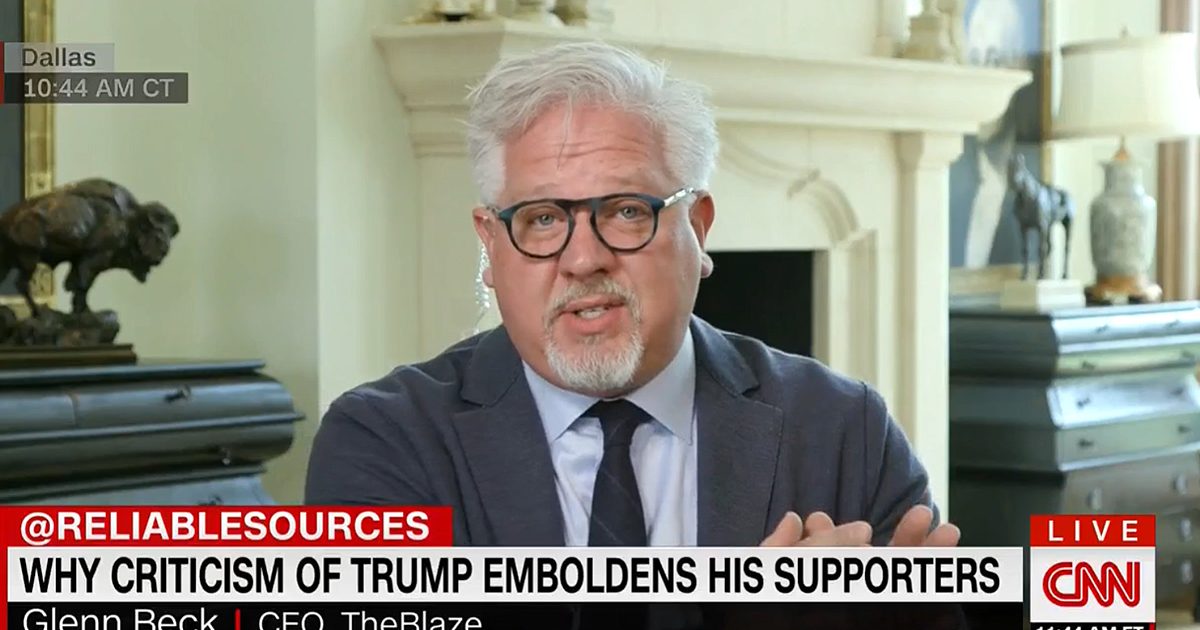 It is extremely rare for a major media figure to engage in a no-holds-barred, let-down-their-hair interview for over an hour with no commercial interruptions, but that’s what conservative talk show host and founder of TheBlaze, Glenn Beck, did with me yesterday. The result was a fascinating discussion which was unique in this era for, among other things, its raw honesty and depth of analysis.

Here is that entire seventy-minute conversation from my podcast…

Part of why the interview was rather extraordinary is the unusual nature of my relationship with Beck. We share a lot of similarities in our personalities and worldview, but in many ways are quite different (unlike me, he is very religious, employs lots of people, and is a legitimate celebrity and success).

In fact, I once, after having appeared on his old Fox News TV show way back in 2009, had concluded that, based on his highly theatrical performances, he had to be at least somewhat of a fraud (something I told him to his face when we met again last year). However, with his very strong opposition to Donald Trump during the 2016 election, even after all the other conservative media titans had sold out to an obvious conman — causing him and TheBlaze enormous commercial hardship — I gained new respect and understanding for what appears to really make Beck tick.

We have done extensive interviews with each other on several occasions and, as I joked with him during this most recent version, they inevitably take on the feeling of mutually administered therapy sessions for how to deal with being a principled conservative in the age of Trump. Though this one, given that Beck has recently at least somewhat warmed to Trump (largely due, he indicates, to the overreaction of the mainstream media and the Democratic Party to the president’s scandals) also took on a lot of very substantial issues, and included some significant disagreements.

One thing is for sure, we are not afraid to ask each other rather pointed questions on sensitive subjects, the likes of which very few other media personalities would ever dare to engage in with each other.

In order, here are the highlights of the interview:

My biggest takeaway from the discussion on an individual level is that Beck appears to be in a much better place personally than he was a year ago. Like a man who has improbably survived a horrible storm and now sees some clearing skies on the horizon, he appears to be very optimistic about the near future of his media outlets, though still pessimistic about the perils which lay ahead for the country as a whole.

I hope he is somehow able to navigate what could be six more years of the Trump era without completely losing his fortune, mind, or principles. For a litany of reasons, it currently feels like his chances of achieving that are a whole lot better than mine.