EXCLUSIVE: John Stossel to Step Down From Fox Business Show

EXCLUSIVE: John Stossel to Step Down From Fox Business Show 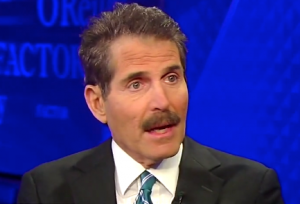 Mediaite has exclusively learned that John Stossel will step down from hosting his weekly Fox Business program, Stossel, this month.

The show, which airs Friday nights at 8 PM ET on FBN, debuted in December 2009. Its last episode will air on December 16th.

While Stossel will no longer host his weekly program, he will remain as a regular on-air presence for Fox, making frequent guest appearances on various shows for both Fox News and Fox Business.

We’ve also heard that Stossel, a noted libertarian, will be working with ReasonTV to start up a libertarian-themed internet platform. He’ll also serve as an educator with the Charles Koch Institute’s new Creative Fellows Program.

The 69-year-old Stossel has received 19 Emmy awards over the years. He spent a number of years with ABC News, working as a correspondent and co-anchor on 20/20 before joining Fox in 2009. He’s the first cable news host to moderate a libertarian debate and during the 2016 election, he hosted numerous town hall forums for the Libertarian Party.

Last month, Fox Business had its best month ever in the ratings and placed higher than CNBC in both business day and total viewers.