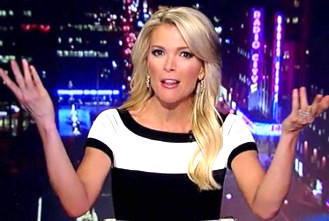 Facebook has taken a story off its “Trending News” section after it was discovered to be a fake piece about Megyn Kelly being fired from Fox News.

The story (which links back to a piece from Conservative 101) alleged that Kelly was under enormous pressure from her network due to her journalistic scrutiny of Donald Trump, and for having viewership ratings close to The Rachel Maddow Show. The piece also alleges that Kelly is a secret liberal who wants Hillary Clinton to become president, and that Bill O’Reilly led a charge to remove her from the network.

Numerous media figures have taken to the Internet to call the story false, and ask questions about why Facebook allowed it to become a trending topic. By the time the story was taken off the list, it was shared thousands of times.

This has finally been removed. But Facebook should answer for this. Completely fake “news” should not be “trending” https://t.co/RbE0AFl1Ua

Megyn Kelly is trending on Facebook for an article that has no basis in reality. pic.twitter.com/31f4ERnzHI

As The Daily Mail noted, this occurred two days after Facebook let go of its “Trending News” staffers in order to replace their news circulation mechanism with an algorithm based on shares and postings. Editors will still run oversight, but the trending topics will no longer have summaries to accompany them, and their respective pages will focus on comments and excerpts from individual news pieces.

The trending update comes months after Facebook was accused of liberal bias after indications that the site circulated left-leaning outlets while stifling conservative perspectives.