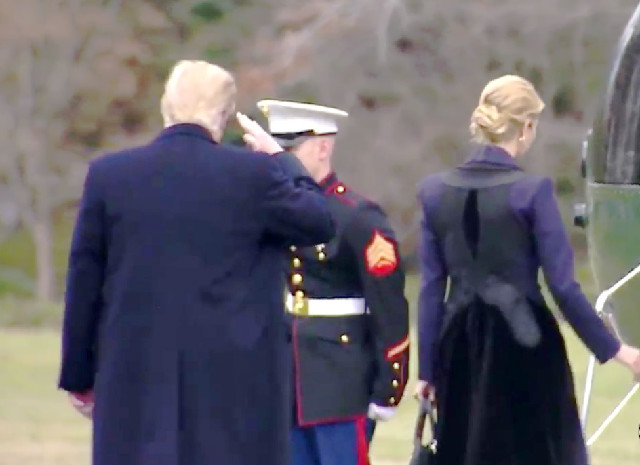 Nearly a month ago, it was reported that President Donald Trump traveled to Dover Air Force Base in Delaware to witness the return of the remains of slain Navy SEAL William ‘Ryan’ Owens, who was killed during a raid in Yemen.

While it was noted at the time that he would be meeting with the family, there was at least one Owens family member who refused to see the president — Owens’s father, Bill.

Speaking with the Miami Herald, Bill Owens explained that they had requested a private transfer of the remains, with no press and just a few military dignitaries. However, when informed that Trump was on his way, Owens said he didn’t want to meet him.

“I’m sorry, I don’t want to see him,’’ Owens recalled telling the chaplain who informed him that Trump was on his way from Washington. “I told them I don’t want to meet the President.”

He told the Herald he “cringed at the thought” of having to shake the president’s hand and that his “conscience wouldn’t let me talk to him.” Owens, a veteran himself, also questioned why the mission was even approved.

“Why at this time did there have to be this stupid mission when it wasn’t even barely a week into his administration? Why? For two years prior, there were no boots on the ground in Yemen — everything was missiles and drones — because there was not a target worth one American life. Now, all of a sudden we had to make this grand display?’’

Following the mission, which besides the loss of Ryan Owens’s life also saw numerous civilians killed and an aircraft destroyed, the White House has pushed back against any disagreement that the raid was a complete success.