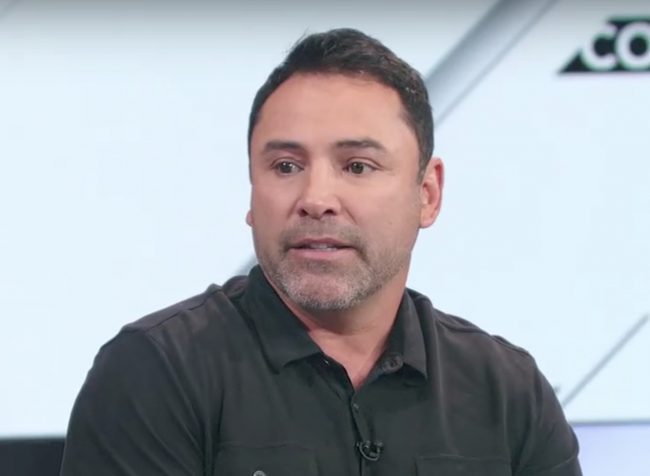 Saturday night Floyd Mayweather vs. Conor McGregor bout has many critics within the boxing community. But Friday, one of the biggest names in all of boxing — not to mention a former Mayweather foe — absolutely blasted the fight on Twitter.

Oscar De La Hoya — a retired Hall of Fame boxer who is currently the CEO of Golden Boy Promotions — blasted Saturday’s megafight in Las Vegas as, essentially, a sham.

“FUCK YOU #MayweatherVsMcGregor,” De La Hoya wrote in an all-caps Tweet. “BOTH OF YOU ARE DISRESPECTING THE SPORT OF BOXING. ”

FUCK YOU #MayweatherVsMcGregor BOTH OF YOU ARE DISRESPECTING THE SPORT OF BOXING #CaneloGGG Sept 16th https://t.co/SX1Co1Uuj8

It should be stated that De La Hoya’s Tweet was not without motive. His company, Golden Boy, is the promoter for a major boxing event three weeks from now — the long-awaited Sept. 16 middleweight showdown between Saul “Canelo” Alvarez and Gennady Golovkin. The Mayweather vs. McGregor promotion has unquestionably stolen some of the thunder from the Alvarez vs. Golvkin match.

Still, the viewpoint De La Hoya voiced in his Tweet, without question, has its supporters in the boxing world.