Ford’s Lawyer Holds Firm in New Statement: ‘Rush to a Hearing is Unnecessary’ 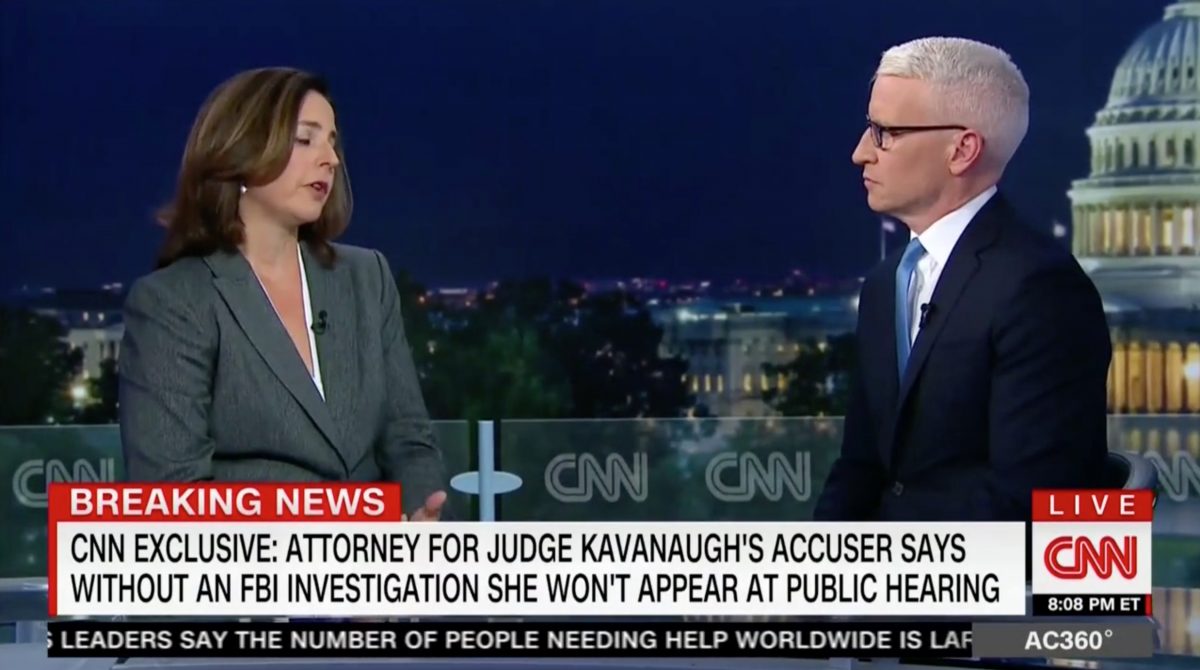 Lisa Banks — the lawyer for Christine Blasey Ford, who has accused Supreme Court nominee Brett Kavanaugh of sexual assault — is holding firm in her position that the Senate Judiciary Committee is rushing her client into the witness chair.

In a new statement via CNN’s MJ Lee, Banks said that Ford needs time to deal with threats she’s received since she went public.

“Dr. Ford was reluctantly thrust into the public spotlight only two days ago,” Banks said. “She is currently unable to go home, and is receiving ongoing threats to her and her family’s safety. Fairness and respect for her situation dictate that she should have time to deal with this.”

Without explicitly saying that her client would not show up at next Monday’s scheduled Senate Judiciary Committee hearing, Banks criticized the proceeding — given that only Ford and Kavanaugh are slated to testify.

“[T]he Committee’s stated plan to move forward with a hearing that has only two witnesses is not a fair or good faith investigation; there are multiple witnesses whose names have appeared publicly and should be included in any proceeding,” Banks said. “The rush to a hearing is unnecessary, and contrary to the Committee discovering the truth.”