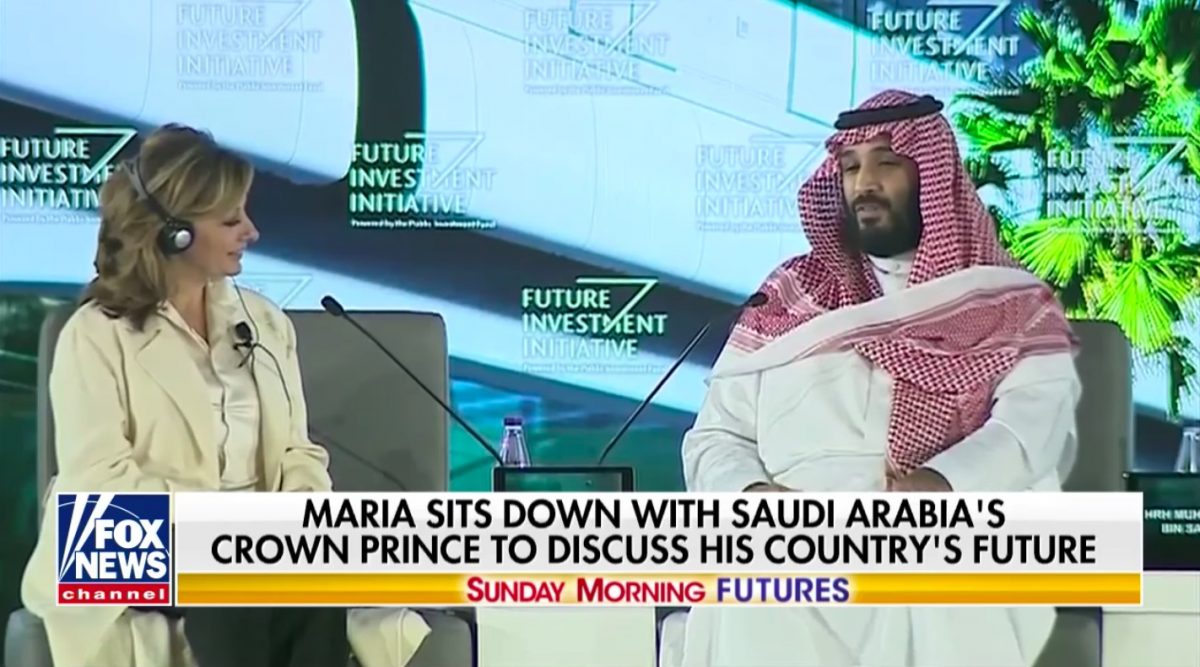 Fox Business announced on Thursday it will withdraw from a Saudi Arabian economic forum, as the disappearance of Jamal Khashoggi continues to draw international concern.

The Future Investment Initiative conference, known among some as Davos of the Desert, has been shedding corporate sponsors and media participants since the Saudi government was accused of luring the writer and dissident into its consulate in Istanbul, before killing and dismembering him.

“FOX Business Network has canceled its sponsorship and participation in the Future Investment Initiative conference in Saudi Arabia,” the network said in a statement. “We continue to seek an interview with Crown Prince Mohammad bin Salman.”

A Fox source said host Maria Bartiromo, who interviewed the crown prince at last year’s summit, will not be attending “unless an opportunity for an unrestricted interview comes through.”

The Wrap reported first that Fox Business was pulling out of the event. Fox’s announcement came hours after Treasury Secretary Steven Mnuchin announced his withdrawal from the summit, and after days of mounting pressure on Fox Business to follow other news outlets who withdrew shortly after Saudi Arabia was accused of Khashoggi’s suspected murder.