Sean Hannity and Laura Ingraham Get Shows on Fox Nation 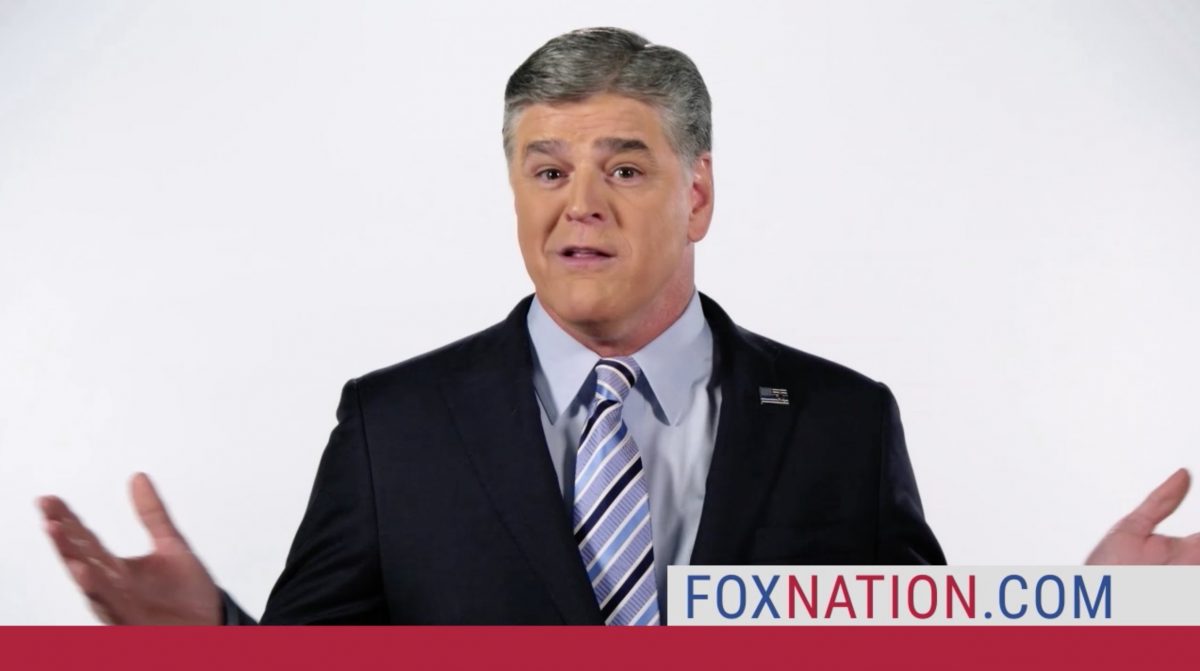 Laura Ingraham will be co-hosting Laura & Raymond alongside Raymond Arroyo — a regular guest on her primetime show who recently plunged from his chair trying to take a selfie with a Bud Light — which a release described as a show focused on politics and culture.

Fox News’s primetime star Sean Hannity, meanwhile, will host a program “that is currently in development.”

On weekdays, Fox Nation will kick off at 7 a.m. with Primetime Highlights, in which Fox & Friends First host Rob Schmitt and reporter Carley Shimkus will “break down key moments from FNC’s top-rated primetime programming.” Fox & Friends’ After the Show Show, a showcase of “casual discourse” between hosts Brian Kilmeade, Steve Doocy and Ainsley Earhardt, will air at 9 a.m.

The paid streaming service is set to launch later this fall.