Fox News’ Kilmeade on Moore Allegations: I’d ‘Kick His Head In If It Was One of My Daughters’ 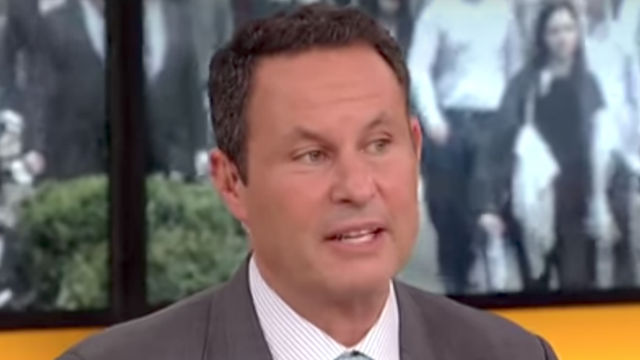 Fox News’ Brian Kilmeade had some tough words today in talking about the serious allegations against Senate candidate Roy Moore.

In a radio segment flagged by TVNewser, Kilmeade spoke with Senator James Lankford about both Moore and Al Franken.

And in talking about Franken, Lankford said he’s encouraged by how the nation is now taking seriously “the moral behavior of its leaders.”

On Moore, Lankford talked about following the Alabama news with “great pain,” and he told Kilmeade, “The first thing that came out for me was as a dad of a teenage daughter I was absolutely astounded by the first accusation and then it just comes out over and over and over again. What I’ve told people is that every vote that I take I have to be able to explain to my children, and that’s one I can’t explain to my children.”

Kilmeade brought up the one accuser who said she was in high school when Moore asked her out before saying this:

“That is obscene and I would kick his head in if it was one of my daughters and then I would call the cops.”

You can listen to the full interview here, via Fox News Radio.