The State Department tonight released lots more Hillary Clinton emails from her private server, a combination of the serious and not-so-serious stuff going on behind the scenes.

Take particular note of the “hPad” nicknaming of her new iPad there. 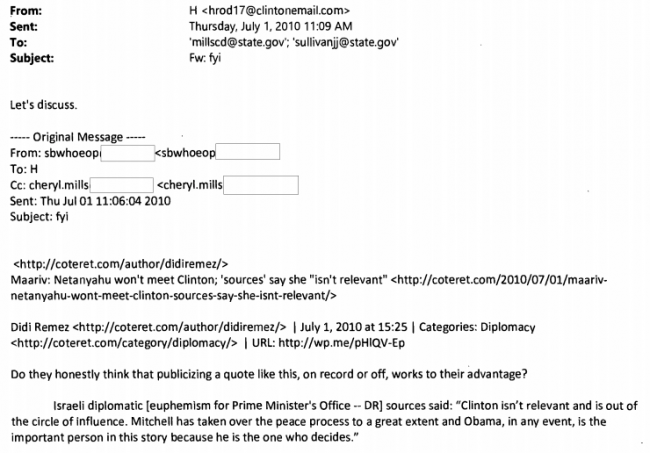 The one below is in reference to the infamous Rolling Stone report that really threw the administration for a loop:

And let your imaginations fly as to who the ogrish male here is:

This email about being more careful with emails seems particularly amusing in hindsight:

This one was sent by Sidney Blumenthal about the formation of a Democratic PAC: 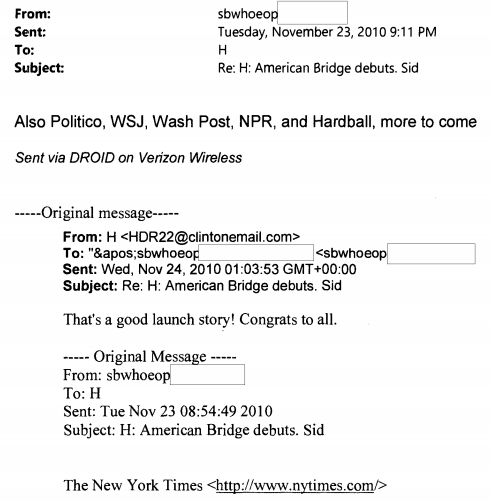 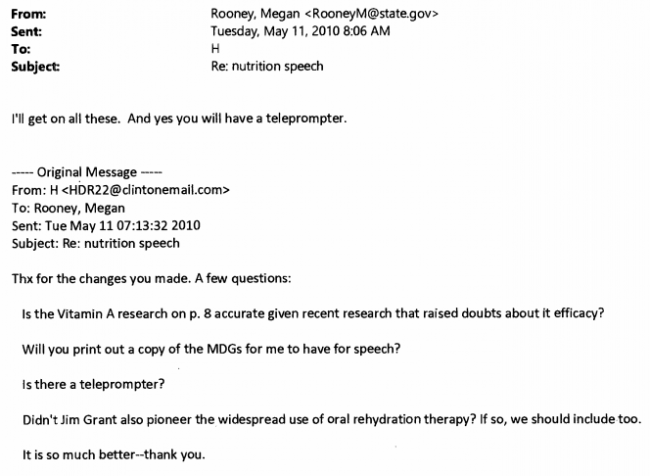 And another Blumenthal email, this one about President Obama‘s approval numbers: 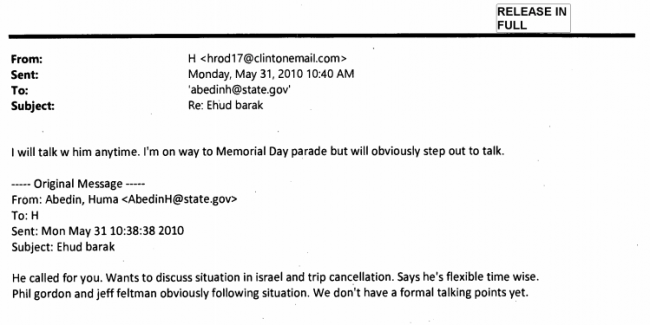 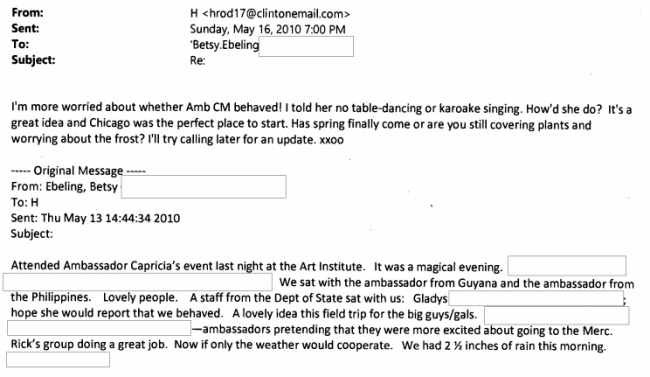 Now, the following three tweets are about Fox News and require some context. The first one is in reference to a speech she gave to the Brookings Institute in 2010 talking about how the rich aren’t paying their fair share. The following two are about a controversy in which official Mike Posner was in China and lamented Arizona’s infamous SB 1070 immigration bill: 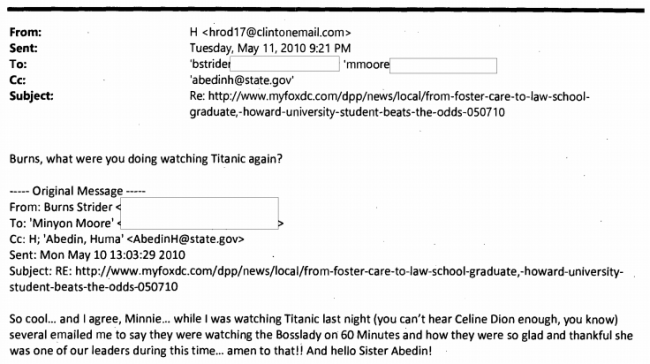 An email in which Clinton types the phrase “Let’s wrap this up in the Senate and go drink something unhealthy!”:

And last but not least, one of the most important questions that has ever been asked in the history of time:

Yeah, where are we on gefilte fish?