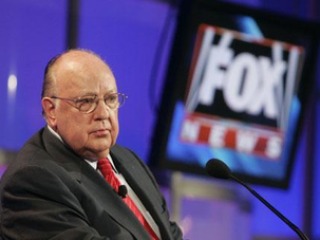 The Daily Beast and Newsweek have offered a revealing look at Fox News president Roger Ailes — and it’s interesting not only because it provides additional insight regarding Ailes, the wildly successful businessman; but also provides a rare glimpse into Ailes and his personal life (Example: Don’t try to get between Ailes and a pinch of sea salt!), Perhaps most noteworthy, the piece offers a brief look into the future of Fox News Channel.

It appears that Newsweek writer Howard Kurtz (who also hosts CNN’s Reliable Sources) was afforded a rare level of access in doing research for this article. The fascinating read hits many of the same notes we have come to expect to hear about the Fox News chief — he can be combative, sees himself as an underdog, and uses candor to both charm and command respect from his staff — but the larger leitmotif of the essay is that the pendulum of Fox News’ opinion coverage is swinging back towards the middle. Or, at the very least, that’s the message that Kurtz and Ailes would like the reader to take away. There are lots of great details to highlight as well:

For starters, then, let’s take a look at just one example supporting the notion that Ailes is a man who knows very well what he wants. And no New York City mayor is going to change that.

Speaking of competition, Ailes keeps a close eye on other news outlets as well, not only to see what they’re up to, but also to gauge the tone and rhetoric they employ in packaging the news for their audiences:

Ailes keeps a close eye on the network’s stars. While this might appear, on the surface, to be the result of a tendency to micromanage the network’s talent, the overall takeaway is that Ailes is constantly viewing his network in terms of the big picture — a picture, as at least one former aide to Barack Obama has noted, that may be transforming:

You see, if there is one thing that Ailes focuses on, it’s the bottom line. The profile presents a picture of a man finely attuned not only to what the American public says they want, but what they’re actually going to end up watching. And, for now, it seems that means a subtle tweaking of Fox News’ programming and overall tone:

Do yourself a favor and read the interesting essay at Daily Beast / Newsweek.