FoxNews-enfreude: CNN and MSNBC Obsess Over Bill O’Reilly While Major News Gets Sidelined 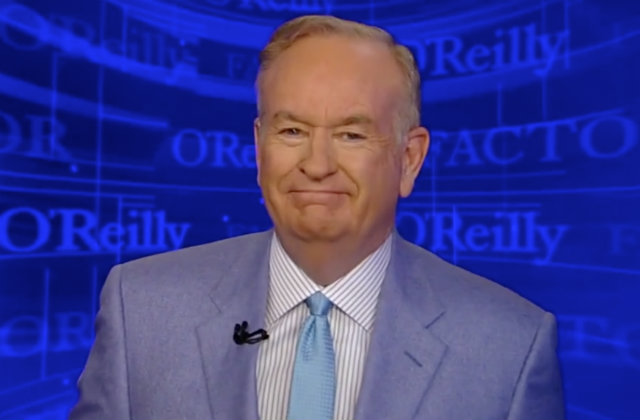 A well worn axiom in the New York media world is that there is nothing more irresistible to cable news producers and programmers than a story about…cable news.

To that end, one need only look at the vast amount of coverage that CNN — and to a lesser extent MSNBC — provided to Bill O’Reilly‘s abrupt and salacious exit from Fox News. It’s a sexy story to be sure, but airtime is finite. Are CNN and MSNBC ignoring much more important news as a result? Evidence strongly suggests the answer is yes.

There is no question that O’Reilly’s inglorious and sudden departure from Fox News this week was an enormous story in the cable news world. Anyone who doubts that can check out Mediaite’s prodigious coverage. But don’t kill the messenger; our job is to cover the news outlets, and everything we’ve seen in the last 48 hours from Fox competitors is starting to feel gratuitous.

A recent search of TV Eyes — an industry-leading television transcript database — leaves little room for debate. Over the past few days, CNN and MSNBC have in fact covered the O’Reilly story to an almost unfathomable degree. Searching from first thing Wednesday to the publication of this post, CNN has mentioned O’Reilly 194 times, MSNBC 156 times. Fox News? Nine times.

Believe it or not, throughout this miasma of coverage, it’s been none other than Rachel Maddow, who’s been the exception which proves the rule.

The MSNBC host has consistently refused to take the bait, generally serving an audience that seeks a fact-based and (sometimes overly) nutritious cable news program. A TV Eyes search reveals barely any mention of Mr. O’Reilly, other than the occasional toss to her fellow host Lawrence O’Donnell who has been all too eager to dance on O’Reilly’s grave.

Of course this obsession is somewhat understandable. As the cable news ratings leader for roughly a decade, O’Reilly was, until Wednesday at least, the legendary Goliath of the form. His Irish beat-cop style that dismissed any disagreement with a sharp billy club poke in a guests sternum was not just remarkably entertaining, but oft-copied by many other cable news hosts as well. But as Wilt Chamberlain famously said, “no one roots for Goliath.” CNN and MSNBC’s coverage of O’Reilly appears to bear that out

Competitive coverage of the O’Reilly drama reinforces the notion that cable news channels aren’t really news programs at all. They are entertainment programs disguised as news shows.

Jeff Zucker famously referred to the Trump surrogates that appear on his network’s panel day in and day out as “characters in a drama.” When Reliable Sources host Brian Stelter covered CNN’s decision to add former Trump campaign manager Corey Lewandowski as a paid contributor, he offered that “it raises a lot of questions from a journalistic point of view”, but added that it “makes a lot sense from a television perspective.”

CNN was — and often still seems — more interested in delivering an entertaining product that people tune into, than any real commitment to news. The reality-show-cum-news-channel is enjoying an impressive renaissance of relevance, ratings and ad revenue. But, that victory comes at a cost.