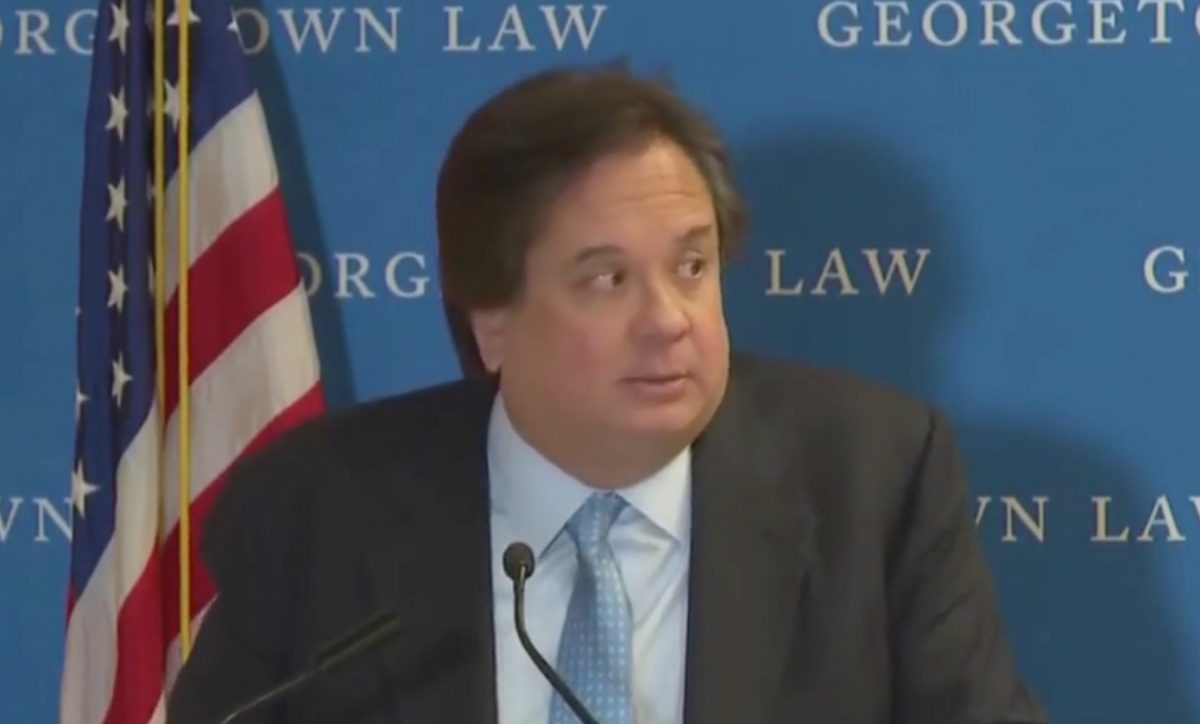 Before the stunning Friday news, the week was marked by POTUS’ feuds with Conway and the late John McCain. Conway has repeatedly sounded the alarm about Trump’s mental fitness, and this week Trump called him a bad husband and a “loser.”

Kellyanne Conway defended POTUS this week, but this morning George Conway continued tearing into the president––in response to the confusion set off by his North Korea sanctions reversal yesterday:

Apart from his mental instability, he is simply inept.

But the real story here is, again, pathological narcissism. Why did Trump waive the sanctions? Not to further the national interests of the United States—no informed person could think that. No, it’s that he “likes” KJU, says the WH. He “likes” this butcher. He “likes” this …

man who murders with anti-aircraft batteries, because he writes big, beautiful—and most importantly, flattering—letters that play to Trump’s ego.

Narcissism. Narcissistic whim, trumping the presidential oath, and trumping the national security interests of our country.

In our lifetimes there has never been a president who has been so singularly unfit for the presidency, or indeed any public office. That’s remarkable enough—but what’s even more remarkable is that *almost every day* Trump does something new to drive home the point.

This should go down in history and foreign-policy textbooks as the Narcissistic Personality Doctrine. https://t.co/raBEdlJhy3

Conway also weighed in on the Mueller report submission, including a response to one observation that the White House’s celebratory tone might not be completely genuine:

Also given the reportedly “comprehensive” nature of the report ….

“[T]he prosecutors in Manhattan could consider charging him after he leaves office, particularly if he does not win re-election and is a private citizen before the legal deadline to file charges expires.” https://t.co/dypM8d9ilq

Exactly. Imagine if nothing had previously come out, and the report just contained this: https://t.co/ybccSPVZrr