George Zimmerman at Firearms Expo: Won’t Use an Alias Because ‘I’m Not Able to Lie’

George Zimmerman at Firearms Expo: Won’t Use an Alias Because ‘I’m Not Able to Lie’ 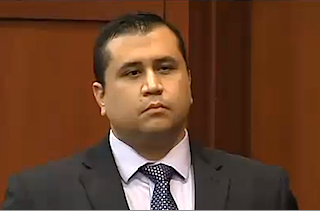 George Zimmerman, who was famously acquitted last July in the death of unarmed teenager Trayvon Martin, attended a Florida firearm expo on Saturday and was given “celebrity treatment” by many attendees, the Orlando Sentinel reports. He also has, as of late, been encouraged to use fake names to disguise himself, but insists he can not lie.

He reportedly showed up to the gun show in Lake Mary with a smiling face and was “posing for photos, sharing hugs and shaking hands with gun enthusiasts,” the Sentinel reported. Zimmerman told the newspaper that he appreciated the “celebrity treatment,” and even received party invitations from complete strangers.

But it’s hot all happy-go-lucky for Zimmerman, who still receives death threats and is constantly on the move, leaving him in debt. He also travels around the country to accommodate speaking requests and to meet with lawyers.

A spokesperson for one of the event’s sponsors told the Sentinel that Zimmerman does not have a reason to be “hidden from the public,” while some event-goers were shocked and surprised he would show his face at such a gathering.

As our Matt Wilstein notes, Zimmerman has had more than a few run-ins with the law since his acquittal. In addition to a recent road rage incident in which he allegedly threatened to kill another driver, Zimmerman has been:

— Pulled over at least three times by police for various infractions.

— Detained after threatening his estranged wife and her father with a gun.

— Arrested following a domestic violence incident with his girlfriend.

— Questioned by police for voluntarily “patrolling” a Florida gun shop.