Giving Thanks To The Hero Who Started The Conversation™ On Surveillance

Giving Thanks To The Hero Who Started The Conversation™ On Surveillance 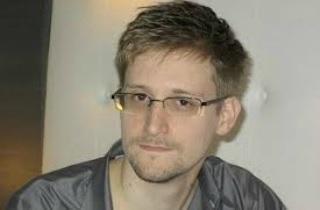 Not everyone is happy about Edward Snowden‘s release of information about the National Security Agency’s data collection programs, but just about everyone who doesn’t think he’s a traitor agrees it’s a good thing that we’re Having The Conversation™ about our country’s spying apparatus. With that in mind, I think it’s about time that the man who started that conversation, albeit 35 years too late, finally got his due. He’s taken a real beating, from almost every corner of the news media, but I agree that Having The Conversation™ is worthwhile, and so I think we owe the guy who fled Hawaii at least some thanks for trying to get the ball rolling a few weeks ago.

I’m referring, of course, to this guy:

It’s easy to forget that President Obama, scant weeks ago, gave an entire speech about reevaluating the many ways in which our country changed after 9/11, including the use of surveillance, and including the tension between “our interests in security and our values of privacy.”

It’s easy to forget because that attempt to start The Conversation™ was pretty much ignored in favor of having the conversation the media was already having: more and more Scandalabra™ coverage, and the low hum of the emo-prog “Obama’s just like Bush” mantra. Maybe that’s because this guy didn’t also give away our state secrets to the world, have a pole-dancing girlfriend, or get himself a Terminator-persistent promoter like Glenn Greenwald.

Why is it that when the leader of the free world wants to Have The Conversation, the media shrugs, but when Edward Snowden does it, they all collapse into giggling piles of Belieber? Because when President Obama does it, he’s just trying to secure his legacy, or some other evil thing, while Ed Snowden is just a regular guy trying to help a China out.

Stupid comparisons to George W. Bush aside, I agree that a healthy dose of skepticism is warranted when a president decries a set of powers that he has happily used for four years already, but then there should also have been at least a mildly-ill dose of skepticism reserved for the steadily-unraveling revelations of Ed Snowden and his promoter.

None of this will ever happen, though, because there aren’t six people in congress, let alone the 278 we’d need, who would be willing to stand in front of a microphone, after we get hit again, and explain why we weren’t doing any of that stuff.