‘Glad to Be of Help!’: Trump Gloats on Twitter After Georgia Sixth Race Heads to Runoff 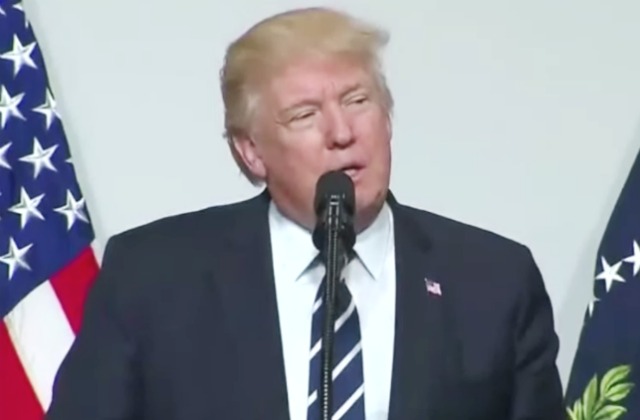 Following a long evening of waiting for the final results in Georgia’s Sixth District special election to fill the House seat vacated by current HHS Secretary Tom Price, it was revealed that Democratic candidate Jon Ossoff would head to a runoff with second-place finisher, Republican Karen Handel.

Likely due to the fact that Democrats put a lot of money into this race in an effort to flip it, and were obviously hoping to hit the 50% mark necessary to avoid a runoff, President Donald Trump decided to take to his favorite form of communication to essentially rub it in Democrats’ faces.

Despite major outside money, FAKE media support and eleven Republican candidates, BIG "R" win with runoff in Georgia. Glad to be of help!

The president has spent a good amount of time tweeting about this race over the past couple of days, commenting about Ossoff’s place of residence and claiming that the candidate would raise taxes and be weak on illegal immigration.

Just learned that Jon @Ossoff, who is running for Congress in Georgia, doesn't even live in the district. Republicans, get out and vote!

Democrat Jon Ossoff would be a disaster in Congress. VERY weak on crime and illegal immigration, bad for jobs and wants higher taxes. Say NO

While Ossoff fell short of the necessary vote total to win outright Tuesday night, he did come extremely close, pulling in nearly 49% of the vote with most precincts reporting as of publication time. Meanwhile, the seat has been a Republican stronghold for decades. At the same time, while Trump did win the district during the presidential election, it was by less than two points.