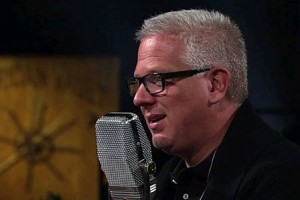 For the past week or so, I have had the distinct pleasure of covering the PR train wreck that is Chick-fil-A CEO Dan Cathy’s random anti-gay diatribes, diatribes that have lost them customers, corporate partnerships, and the right to step foot in Boston. They have, however, garnered the chain the endorsement of homophobic chicken-fan Mike Huckabee, who created “Chick Fil-A Appreciation Day.”

Glenn Beck, a man I admire, took umbrage with my write up of Huckabee’s holiday. So much so that he called it “just plain awful.”

Well, guess what, Mr. Beck, you and the Huckster might be “just plain bigoted.”

So what happened here? Well, it turns out that Beck has a problem with me calling Huckabee “anti-gay” just because he supports Chick-fil-A’s legal and financial crusade to end gay marriage. Here’s Beck’s well-reasoned argument from his radio show:

Yes. That argument is crap. And it has been crap for decades.

You see, I’ve gotten more hate mail over this series of Chick-fil-A columns than anything else I’ve written for this site. And you know why? It’s because I’ve stopped drawing a distinction between anti-gay marriage and anti-gay. And you know why I did that? Because there isn’t one.

The year is 2012 and punches will no longer be pulled. If you still believe that a group of Americans don’t deserve the same legal rights that you do purely because of their minority status, then you are a bigot. Plain and simple. Every single one of you.

Oh, wait. I’m sorry. I take that back. If you’re over 85, then you get a pass. This is no longer your world and I don’t blame you for not understanding it. If you’re too old to understand NetFlix, then I give you full permission to head off into the dark night with your misconceptions comfortably intact.

Hey, I could waste time here getting into the myriad of rules in the Bible that modern Christians have casually discarded, rules like not eating shellfish or sleeping in a bed with a menstruating woman, but I won’t. Because we all know them. Because rational minded people have been pointing out these same hypocrisies for the past 50 years.

So, no, you can’t hide behind your Bible. The fact of the matter is, you are a bigot. Mike Huckabee, you are a bigot. Execs of Chick-fil-A, you are all bigots. And any reader reading these words right now who still believes that homosexuals shouldn’t be allowed to sign a simple paper allowing the love of their life to truly share in said life, you are all bigots. And unless you can admit that simple fact, proudly proclaim your bigotry as you desperately flail your arms and lose this war of your own choosing, then you just plain aren’t worth listening to.

Oh, and by the way, I wasn’t going to boycott Chick-fil-A. I don’t need to. I don’t go there anyway. There’s a great chicken joint down the street from me that I go to.

And just so you know, the owner of that place is gayer than Glenn Beck’s clothing line.

UPDATE: I take it all back. Anti-gay marriage people aren’t bigoted. No one with a signature this lovely could be bigoted.